The Vice President made the remarks Wednesday evening during the Republican National Convention.

OAKLAND, Calif. - Vice President Mike Pence addressed the Republican National Convention, conjuring up the death of a federal officer while leading viewers to falsely believe that he was likely killed by Black Lives Matter protesters in Oakland.

"People like Dave Patrick Underwood, an officer in the Department of Homeland Security’s Federal Protective Service who was shot and killed during the riots in Oakland, California...Dave's heroism is emblematic of the heroes that serve in blue every day," Pence said during the virtual convention on Wednesday night.  And then he introduced Underwood's sister, Angela, telling her the country grieves with her and her family.

What Pence said is true. Underwood was killed while defending a federal courthouse in Oakland in May. He was serving as part of President Trump's campaign to crack down on protests inspired by the death of George Floyd.

But what Pence didn't mention was that Underwood was allegedly killed May 29 by two men, one of whom was in the military and linked to right-wing extremism, not protesters. 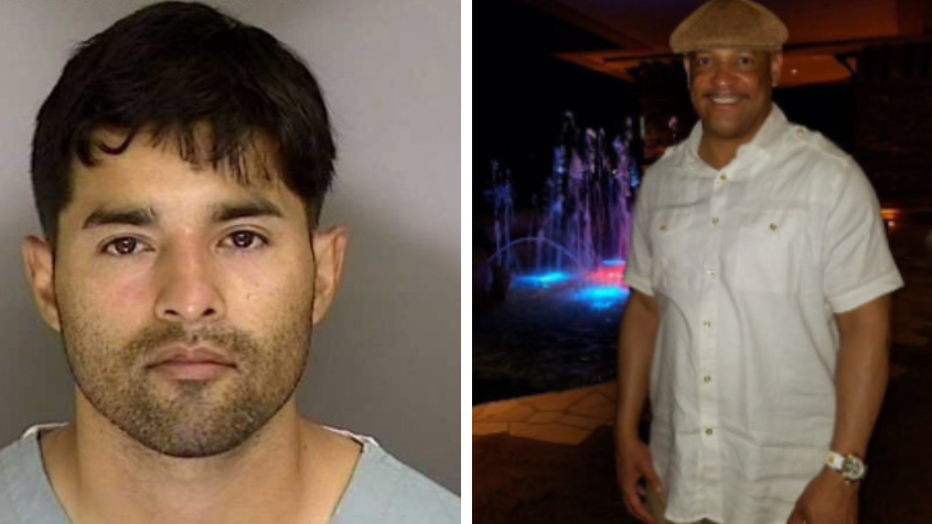 Steven Carillo (left) is charged with the murder of federal officer Dave Patrick Underwood (right) on May 29, 2020

Oaklanders were listening. And they were angry.

“There was a white supremacist murder in Oakland, and it is disgusting and wrong for anyone, especially the vice president, to try to blame the Black Lives Matter movement," Oakland City Council President Rebecca Kaplan said in a statement. "Mr. Underwood's tragic murder was not part of any demonstration, but an act of a violent, armed white supremacist.”

The Department of Justice charged Steven Carillo, 32, and Robert Justus Jr., 30, with Underwood's death. Carrillo faces federal murder and attempted murder charges while Justus is accused of aiding and abetting him.

Federal officials said Carrillo, an Air Force sergeant, was associated with the "Boogaloo" movement- described by prosecutors as a far-right extremist group that calls for a second civil war.

Federal authorities said he went to Oakland with the express purpose of killing police and using the protests as cover.

"To be clear, Carrillo elected to travel to Oakland to conduct this murder and take advantage of a time when this nation was mourning the killing of George  Floyd. There is no evidence that these men had any intention to join the demonstration in Oakland," FBI Special Agent John Bennett said in a statement. "They came to Oakland to kill cops."