Tarrant County is at the center of the rodeo universe this week with two big events happening in Fort Worth and Arlington.

FORT WORTH, Texas - Tarrant County is at the center of the rodeo universe this week with two big events happening in Fort Worth and Arlington.

For the first time ever, the Professional Bull Riders World Finals is being held in Texas at AT&T Stadium. And qualifying rounds for the first-ever Women’s Rodeo World Championships are being held at the Will Rogers Coliseum.

The finals for the women will then move over to AT&T Stadium starting Friday night with $750,000 in prize money at stake. The women are competing in three events – barrel racing, team roping and breakaway roping.

No tickets are being sold for the competition at the Will Rogers Coliseum because of the pandemic. 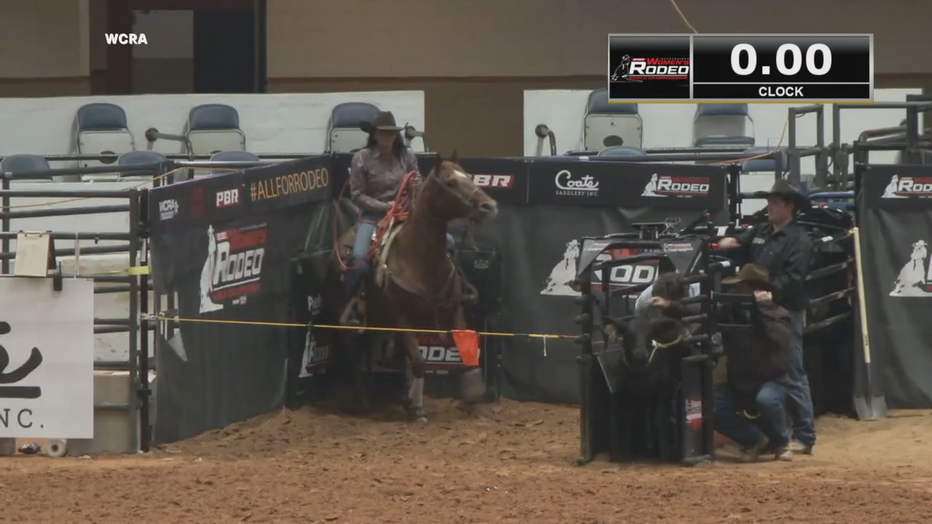 For the women’s rodeo, which has been around for decades, the World Championship represents a big step up and a big step forward.

“This event was open to anyone in the world that felt like they could compete and they have been here this week qualifying and in AT&T Stadium we will crown a legitimate Women’s World Champion,” said Scott Davis, the vice president for the World Champions Rodeo Alliance. “We believe it sets a brand new tone to showcase the talent of women in the rodeo business.”

Also at AT&T Stadium, the Professional Bull Riders World Finals is underway. It’s often referred to as the world’s most extreme sport.

The event has always been held in Las Vegas but was moved to Texas this year because of the strict COVID-19 restrictions in Nevada. It just wasn’t possible to hold it there.

Rodeo athletes are competing as talk involving mask-wearing and COVID-19 safety is on repeat.

"When I’m around somebody I put [a mask] on," spectator Jim Vernor said.

A number of protocols have been put in place at AT&T Stadium for the event, including multiple testing requirements for rodeo staff and the athletes. There’s also a mask requirement and only 25% of the seats in AT&T were sold.

This is happening on the heels of strong public health warnings in Tarrant County.

“The idea is stay with your immediate family. I know it’s very tough, but please do that, especially going into the holidays,” Tarrant County Public Health Director Dr. Vinney Taneja said.

Thursday, the county reported more than 1,000 COVID-19 cases for the third time in less than a week.

Dr. Taneja is continuing to urge people to wear a mask around others.

Some rodeo fans at Will Rogers were seen with face coverings, while others without.

“I think they’ve done a good job. I mean, you can see there’s plenty of room for everybody to spread out and sit,” spectator Cheyenne Britain said. 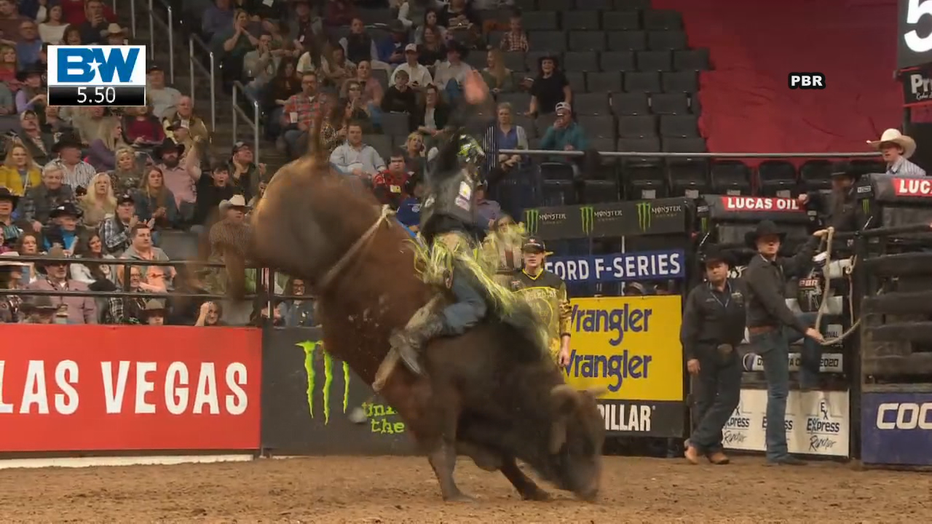 The PBR World Finals and the Women’s Rodeo World Championship both run through Sunday.

Organizers said they will both likely move back to Las Vegas next year when presumably the pandemic is over.

Two big rodeo events start today, bringing fans to Arlington and Fort Worth. The first-ever Women's Rodeo World Championship is happening at the Will Rogers Coliseum and the PBR World Finals is underway at AT&amp;T Stadium.