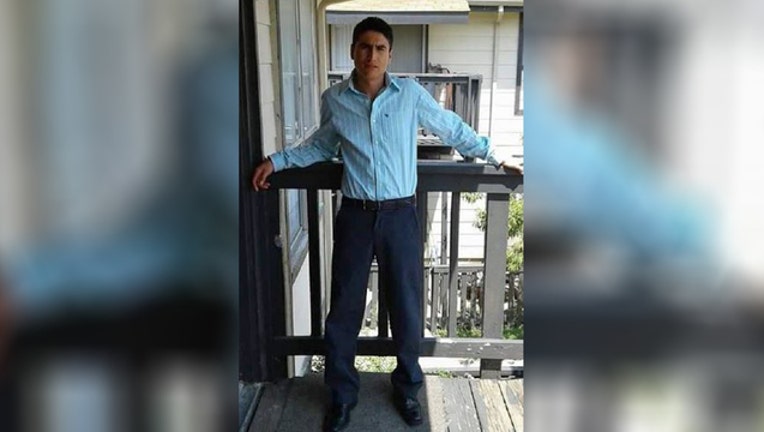 IRVING, Texas - Irving police are looking for a killer following a highway shooting.

Juan Jose Casas-Cruz was a passenger in a vehicle on Loop 12 near Highway 183 around 2 a.m. Sunday.

Police said someone in a small pickup truck drove up alongside him and began shooting. The 34-year-old was rushed to the hospital but did not survive.

The suspect’s vehicle is described as a 1995 to 2000 dark green Toyota Tacoma. The pickup has an extra cab and dark tinted windows.

Anyone with information should contact the Irving Police Department. Tips can be submitted by emailing ipdcrimetips@cityofirving.org or calling 972-273-1010.