A new TikTok challenge has caused schools across the country to take extra precautions on Friday. It's unknown where the TikTok school threat came from but the challenge suggests numerous school shootings will take place on December 17. In Maryland, authorities say a 13-year-old has confessed to creating a fake social media profile to make threats against a Frederick County school in connection with the TikTok challenge. Officials say the teen told detectives he created the account as a "joke" to make threats against Ballenger Creek Middle School and denied having any plans to shoot anyone.

The families of a 9-year-old Wisconsin girl and an 8-year-old Texas girl have filed wrongful death lawsuits against the popular social media platform, TikTok, claiming their daughters died after participating in TikTok challenges.

Arriani Jaileen Arroyo, of Milwaukee, Wisconsin, received her first cellphone from her parents when she was 7 years old, according to the Social Media Victims Law Center (SMVLC) which is representing the Arroyo family.

Arriani downloaded TikTok and started to post videos of herself dancing and singing, as many users do on the social media platform.

But as she continued to use the app, Arriani became obsessed with participating in TikTok challenges, her family claimed.

"Because many of these Tik Tok challenges involved eating and dancing, Arriani’s parents did not regard them as dangerous," SMVLC said in a news release.

But on Feb. 26, 2021, Arriani’s 5-year-old brother found her unconscious and hanging by a dog’s leash which she had appeared to affix to the door in her room. 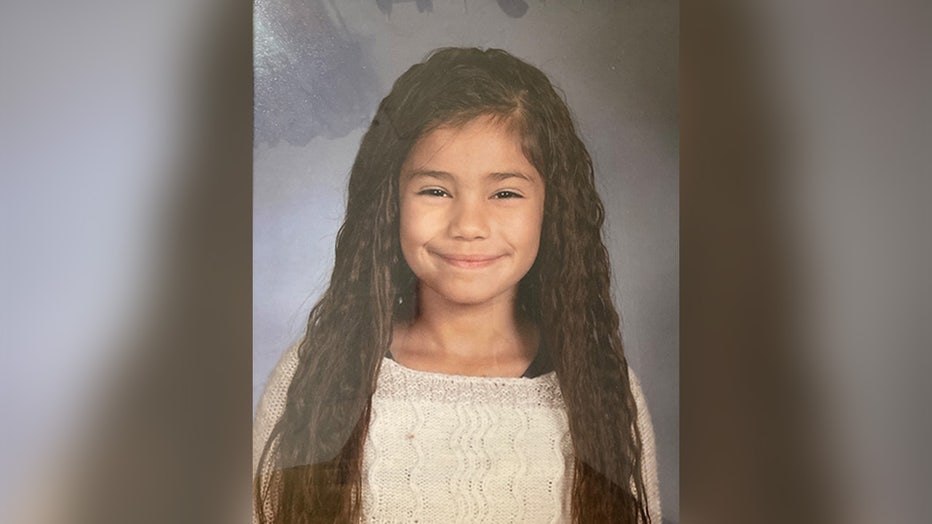 Arriani’s brother notified their father, Heriberto, who was working in the basement at the time. When he found his daughter unconscious, Heriberto called 911, according to SMVLC.

"She had been in this condition for at least a half-hour in front of her 5-year-old brother," SMVLC said.

Arriani was rushed to a nearby children’s hospital where she was placed on life support.

"Testing revealed that Arriani had permanent, irreversible brain damage and complete loss of brain function, and her family made the difficult decision to withdraw life support," SMVLC said.

Lalani downloaded TikTok and started posting videos of herself singing and dancing, just like Arriani.

But on July 15, 2021, after coming home from a road trip, Lalani's stepmother, Rashika Watson, told Lalani to clean her room while she rested from the trip, and afterward, they would go swimming together, according to SMVLC.

After waking up from an hour-long nap, Watson went to check on Lalani in her room but was surprised to find the door shut. Watson "walked in and found Lalani hanging from her bed with a rope around her neck still warm to the touch," an SMVLC news release said.

Watson cut Lalani down and called 911 but when officers arrived, they determined the 8-year-old died due to self-asphyxiation.

According to SMVLC, Arriani and Lalani participated in TikTok’s "blackout challenge," which encourages users to choke themselves with belts, purse strings or other similar items until passing out.

The lawsuit filed on behalf of the Arroyo family and Lalani's family claimed that TikTok has a defective design and is "an addictive product that is not safe for users."

"TikTok needs to be held accountable for pushing deadly content to these two young girls," said Matthew P. Bergman, founding attorney of SMVLC. "TikTok has invested billions of dollars to intentionally design products that push dangerous content that it knows are dangerous and can result in the deaths of its users."

What you should know about TikTok ‘Challenges’

Social media challenges are activities that users participate in and often challenge other users to take part in also, especially on TikTok, according to SMVLC.

Challenges could involve dancing or cooking and are usually silly and harmless, but there are also challenges that are dangerous.

Some challenges that were banned on TikTok include:

"One in 50 teens admitted to participating in these types of challenges," according to SMVLC.

TikTok is unique from other social media apps and websites like YouTube. TikTok's "whole business model," according to Jeffrey Goodman, an attorney at a firm representing a Pennsylvania family whose daughter died after she appeared to have been attempting the same "blackout challenge" as Arriani and Lalani, centers around its "For You" page, a section of the app that procures content based on a user's viewing habits.

"With TikTok you see the videos that it puts in front of you and the purpose of the algorithm is to try and get users hooked," Goodman said. "The purpose is to try to get users, and the users are often children, to try to get them addicted."

TikTok is generally marketed for children 13 years and older. An alternative version of the platform is available for younger users.

"This disturbing ‘challenge,’ which people seem to learn about from sources other than TikTok, long predates our platform and has never been a TikTok trend," a company spokesperson said regarding the Pennsylvania girl’s death. "We remain vigilant in our commitment to user safety and would immediately remove related content if found. Our deepest sympathies go out to the family for their tragic loss."

FOX TV Stations reached out to TikTok on the wrongful death lawsuit filed on behalf of Arriani's and Lalani's families for comment.

FOX News and FOX 29 Philadelphia contributed to this report. This story was reported from Los Angeles.