The University of Oklahoma is mourning the loss of three students who were killed in a car crash Friday night.

The University of Oklahoma is mourning the loss of three students who were killed in a car crash Friday night.

All three were meteorology students who were driving back from a storm chasing trip.

One of three, 20-year-old Nicholas Nair, was from Denton.

Their classmates said they were all spread out across Oklahoma and Kansas chasing storms Friday.

They were all following each other’s locations, when the three young mens’ locations stopping moving.

"We noticed at midnight or so that Nic, Gavin, and Drake, their location had just stopped in the middle of I-35," OU sophomore Brayden Siau recalled.

Siau stayed up until the early morning hours on Saturday worried about his three close friends and classmates.

"We were like, ‘Has anyone talked to them and what’s going on?’" he said.

The last photo of Nair, 22-year-old Drake Brooks, and 19-year-old Gavin Short, shows them excited to be out following the severe weather. 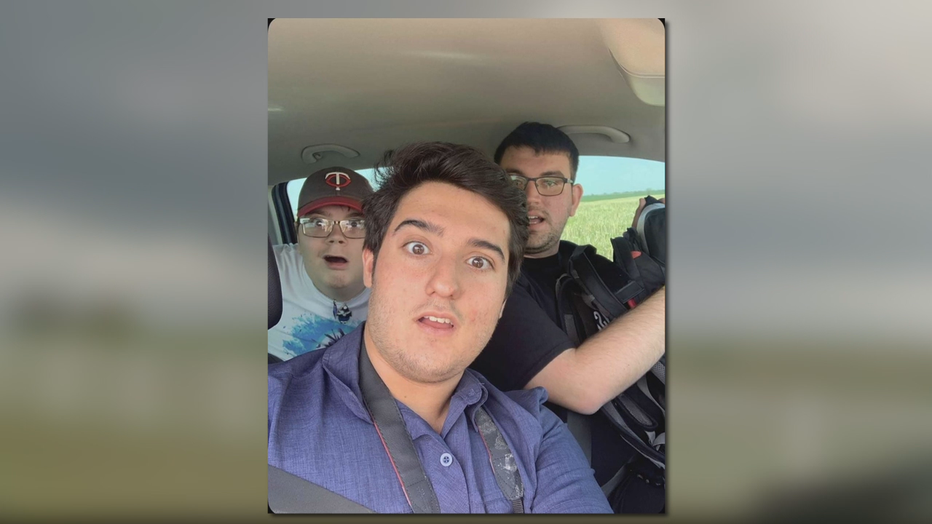 Late Friday evening, the University of Oklahoma meteorology students were driving back to Norman, Oklahoma, from Kansas after a day of storm chasing.

According to the Oklahoma Highway Patrol, their vehicle hydroplaned on the rain-soaked highway near Tonkawa, about 85 miles north of Oklahoma City.

Investigators said their SUV lost control and left the roadway. The SUV swerved and then stopped.

That’s when a semi-truck slammed into their SUV, killing all three.

Just a few hours earlier, Nair posted a video on Twitter of a possible tornado and then picked up the phone and called classmate Preston Roesslet.

"They were like, ‘Yo, we got closer than you ever did.’ And so we talked a little bit about what they saw and it was really cool and they sent videos," Roesslet recalled. "Then they had to go because they were trying to figure out if they were going to keep following the storm or turn around and head home and then, yeah."

Nair, who state troopers say was behind the wheel, grew up in Denton and went to Hebron High School in Carrollton.

His goal was to be a broadcast meteorologist.

"Nic is was honestly one of the brightest, kindest people I’ve ever met," Roesslet said.

Brooks and Short both had dreams of going into research.

"Gavin was the smart one," Siau said. "And then Drake was similar to Gavin, super intelligent.

The tight knit OU meteorology program now grieving the loss of three students who were all coming home from doing what they loved.

"Beautiful, amazing people, and they had such bright futures ahead of them," Siau said.