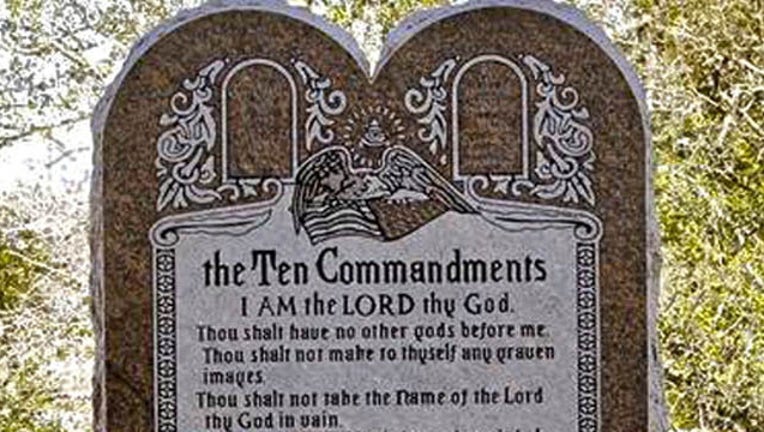 Oklahoma's Supreme Court says the Ten Commandments monument at the state Capitol must be removed because it indirectly benefits the Jewish and Christian faiths in violation of the state's constitution.

The court ruled Tuesday that the Oklahoma Constitution bans using public property to benefit a religion, and said the Ten Commandments are "obviously religious in nature."

Attorney General Scott Pruitt argued that the monument is nearly identical to a Texas monument that was found constitutional by the U.S. Supreme Court. Oklahoma justices said the local monument violates Oklahoma's constitution.

Private funds were used to erect the monument in 2012. Since then, others have asked for space, including a Nevada Hindu leader, animal rights advocates, the satirical Church of the Flying Spaghetti Monster and a group pushing for a Satan statue.