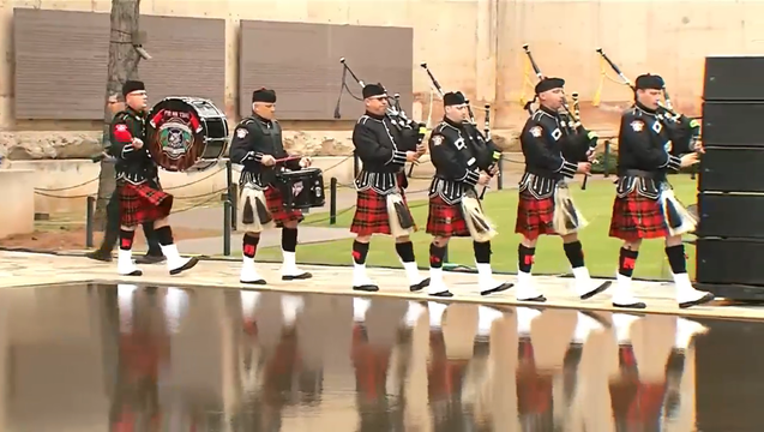 OKLAHOMA CITY (AP) - Family and friends of those killed in the Oklahoma City bombing placed wreaths, photos and balloons on the metal chairs that memorialize the 168 people who died in the 1995 attack.

Hundreds gathered on Wednesday at the memorial and museum built at the former site of the Alfred P. Murrah Federal Building for the 22nd anniversary of the deadliest act of domestic terrorism in the country.

U.S. Department of Housing and Urban Development Secretary Ben Carson spoke during a remembrance ceremony. His remarks included the importance of teaching unity to American children.

The Murrah building housed HUD offices as well as employees from other federal agencies. HUD lost 35 employees in the attack.

Timothy McVeigh was convicted of the 1995 bombing and was later executed.