More than two years after Dallas Animal Services launched an aggressive spay and neuter program, FOX 4 is learning the program is not getting the results expected.

DALLAS - Dallas Animal Services once again reached capacity in October and had to euthanize dogs for space. The euthanizations have officials looking closely at the effectiveness of a plan to reduce pet overpopulation through an aggressive spay and neuter campaign.

About two and a half years into the ambitious spay neuter “surge” project, 41,500 dogs have been altered. Leaders say that’s commendable, even though it is far short of the goal of 138,000 surgeries in three years.

Dallas realized it needed to take its loose dog problem seriously after the mauling death of 52-year-old Army veteran Antoinette Brown in 2016.

“It all gets down to quality of life, the residents deserve to use their parks, lawns, walk down street, play in school yard without, feeling fear,” said Peter Brodsky, chairman of the Animal Advisory Commission.

With an estimated 9,000 loose dogs on the city’s streets, Brodsky raised more than $13 million for a spay and neuter surgery campaign. To get ahead of the loose dog birth rate, consultants advised 138,000 surgeries needed to happen in three years.

“It was overly ambitious, no way to know if that is exact number,” Brodsky said, adding that he was good with the 41,500 animals that have been fixed so far. “I’m incredibly proud of that number, if you look at where we were five years ago, probably doing half or less than half of that a year.” 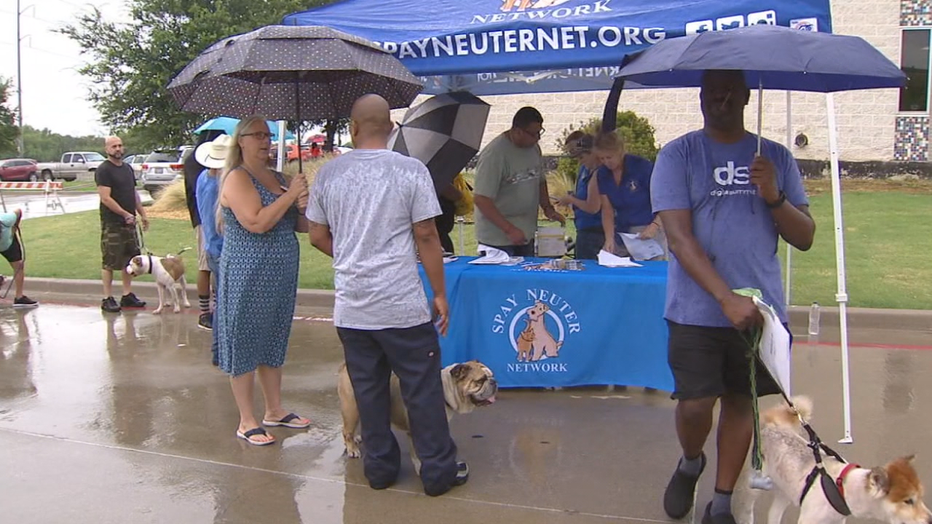 Bonnie Hill, director of the Spay Neuter Network, a non-profit working with the SPCA on the surge, said getting people to take advantage of the free surgery has been more challenging than they expected.

“They feel like we are coming in and trying to tell them what do in their community. That doesn’t sit well with them,” said Hill.

She said they still have a lot more work to do to help people understand altering their pets will make their communities safer.

“We’re not changing the culture of how they feel about their pet, that takes a lot longer than three years,” Hill said.

Despite the lower numbers of surgeries than originally hoped for, Brodsky says the campaign is having an impact. DAS is seeing more dogs come in that are already altered.

Most importantly, the number of people bitten by loose dogs has dropped by 26 percent compared with 2016.

But Brodsky is not declaring victory.

“If we don’t remain vigilant and keep doing what we’re doing, we could slide backwards very easily,” he said.

Hill wants to remind people who live in southern Dallas that the time is now if they’ve been waiting to get a free spay neuter, vaccinations, and microchip for their pet. Funding ends in march.

Brodsky says there will be another lose dog census taken next summer.