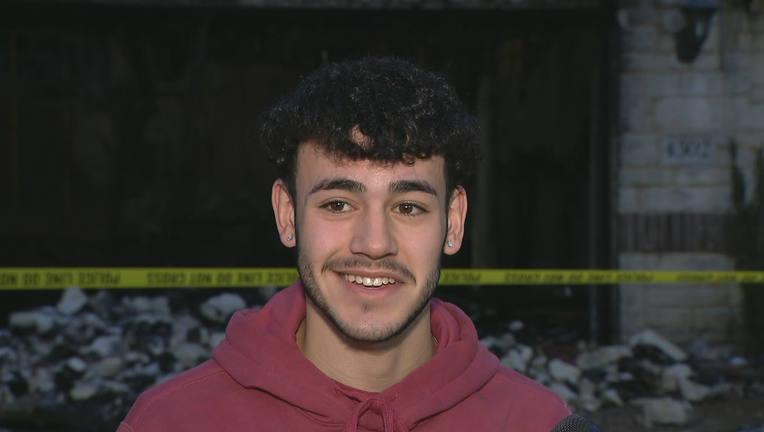 MANSFIELD, Texas - The teenager whose quick thinking helped save an 11-year-old boy from a house fire in Mansfield earlier this week is set to receive an award for his actions.

The city of Mansfield is awarding 17-year-old Gabriel Vivoni the Citizen’s Meritorious Act Award, which is given by the fire department to "recognize a citizen who has performed an act of heroism at a personal risk."

Vivoni is set to receive the award at the city council meetin on Monday, Nov. 11.

The teenager happened to be walking by Jennifer and Patrick McDermott’s home Monday night, when he noticed flames coming from part of the house.

He didn't know the neighbors, so he quickly alerted his parents, and then ran back to the house and knocked on the door.

When there was no answer, he opened the door and went in. That's when he found the McDermotts’ 11-year-old son inside watching TV.

Vivoni was able to get him out safely.

The home was later destroyed by the fire.