Reactions to Congressman John Lewis' death continue to pour in nationwide, statewide, and locally, with many leaders paying their respects to Lewis' legacy.

Reactions to Congressman John Lewis' death continue to pour in nationwide, statewide, and locally, with many leaders paying their respects to Lewis' legacy.

Lewis was known for telling people to speak up and speak out.

Congresswoman Eddie Bernice Johnson and Reverend Peter Johnson shared memories of their friendship with the giant in the civil rights community.

Lewis served in Congress for decades representing people from the Atlanta area. 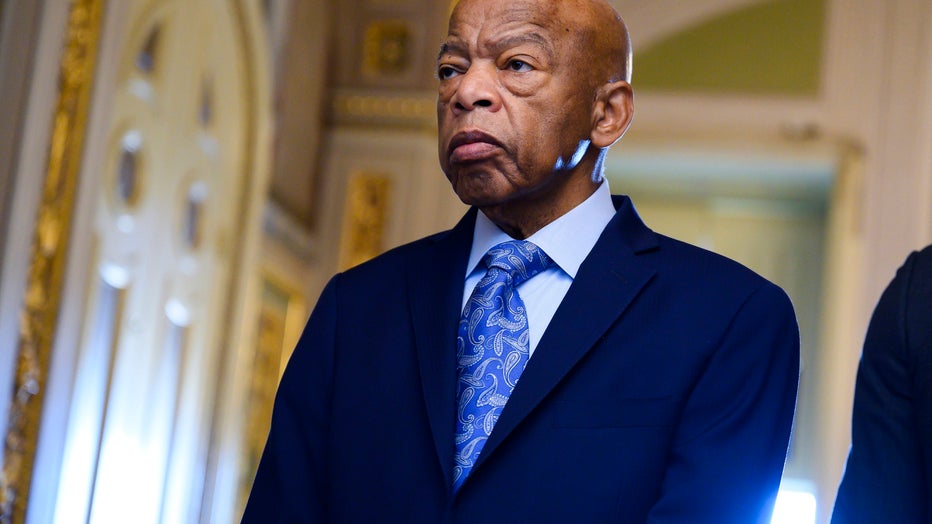 A birthday party for Congressman John Lewis in Atlanta will be postponed out of fears of the coronavirus outbreak. (Photo By Tom Williams/Getty Images)

Congresswoman Johnson said the first time she met Lewis, she shared a story of when she donated $25 to his campaign.

Many have said Lewis was a big part of getting young people involved in the civil rights movement, specifically when it came to voting rights.

Lewis had spoken out on many issues aside from voting rights, and was known for saying get in "good trouble," referencing the many times he was arrested for standing up for what is right and calling for change.

“I always gave him credit for making sure that I had an opportunity to serve in Congress alongside him,” Rep. Johnson said. “He was there fighting for the Voting Rights Act, the Civil Rights Act, all of the causes that came along. From the time he was 18 and 19 years old, he was on the forefront.”

Funeral plans still in the works for Congressman John Lewis

There has been an outpouring of support for the man known as the champion of the civil rights movement. Much of Congressman John Lewis' adult life has been spent in public service fighting for human rights for people of every race, gender and background.

They first met when Johnson was 18.

Congresswoman Johnson said it’s now up to the current generation of young people who have been protesting to continue to stand up and call for change.

John Lewis: ‘Good troublemaker’ and tireless activist — a look at the life of the civil rights icon