The COVID-19 pandemic has rocked the recruitment world, as high school athletes are not able to visit prospective colleges like they normally would.

HASLET, Texas - The COVID-19 pandemic has rocked the recruitment world, as high school athletes are not able to visit prospective colleges like they normally would.

And recruiters are having limited playtime to go off of because of games being canceled.

One North Texas athlete is getting around 2020's challenges.

Jayden Gray is 6-foot-3 and 235 pounds. The Haslet Eaton High school defensive end is strong, quick, and a poster child for high school football recruiting during a pandemic.

[REPORTER: “Am I right you have yet to step foot on any of these campuses that have made offers?”]

“Yes ma’am,” Jayden responded. “I have not stepped foot on one campus yet.”

Jayden’s dad, Jonothan Gray, is a former Texas Tech player who had a brief stint with the Cowboys in 2000.

“When the pandemic hit, the coaches aren’t able to see the kids in-person, so now you have to go through another format,” Jonothan explained. “I think it actually helped him because, one, it allowed coaches to be able to actually sit in one place and actually thoroughly look at one kid and say, ‘Does this kid fit our program?’”

Jayden spent time sending coaches proof after they requested proof of his size.

“The unique thing is that they tell them to stand in a doorway, so they want a true depiction,” Jonothan said. “Because some guys they will stand in front of a modified door so that was kind of their way of saying we want true measurements.”

Jayden began his senior year with one firm offer. He was verbally committed to the University of North Texas, and there’s no clear explanation for what followed.

There were 13 schools from across the country that came knocking with scholarship offers, including Army, Air Force, Penn, Virginia Tech, Yale, Northwestern, and others. 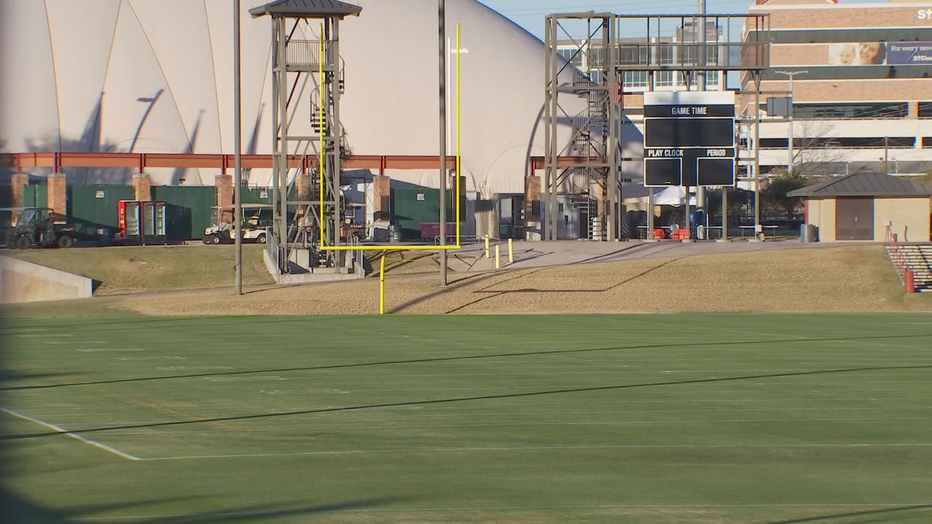 Longtime coach Anthony Criss, who is currently at Arlington’s Sam Houston High, gave inside into this year of recruiting during the pandemic.

“I’m so used to my office being flooded with guys, coaches coming in, and it’s weird not to have anybody coming in,” he said. “What’s hard for colleges is that you can’t hold onto your recruit because normally you come in and build a fence around your recruit, but you can’t. So you might commit to me today and somebody calls and you commit to them the next day.”

Criss said colleges are making targeted selections while considering some of their seniors may stay and play an extra year due to hardships of the 2020 pandemic season.

"They’re looking at recruiting reports trying to find out the best kids in the country to fit their program based upon the money they’re going to have, so it’s been different,” he explained.

“The coaches didn’t just recruit me, but my dad and my mom, they’d always ask, ‘How are they doing? Can I talk to them,’ and that was super big for me,” he said.