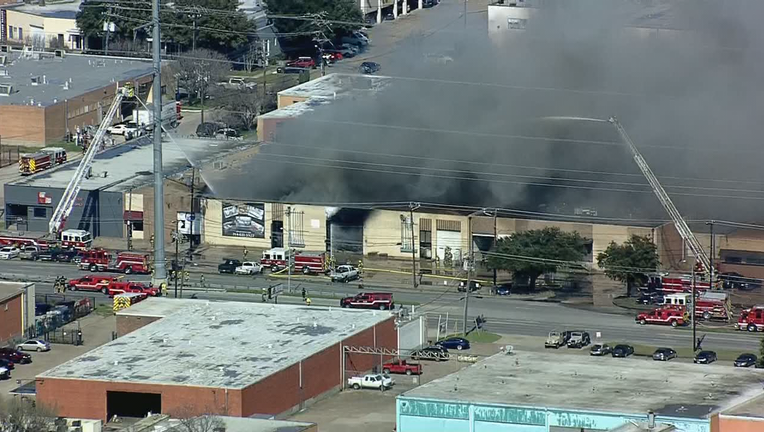 DALLAS - Strong wind caused a fire in an upholstery business to spread quickly in a warehouse in the Dallas Design District on Thursday afternoon.

The fire started around 1:30 p.m. at an upholstery business on Irving Boulevard near the Trinity River and Sylvan Avenue in the Design District.

Employees grabbed paint thinners to get them away from the flames before they fled the building.

Dallas firefighters quickly got the three alarm fire under control, but thick smoke from the fire was visible for miles.

The fire department says an electrical short in a paint booth started the fire.

“One of the factors that played into the spread it was wind driven,” said Dallas-Fire Rescue spokesman Jason Evans. “We got a lot of wind going on in there.”

The building houses several businesses. No one was injured. 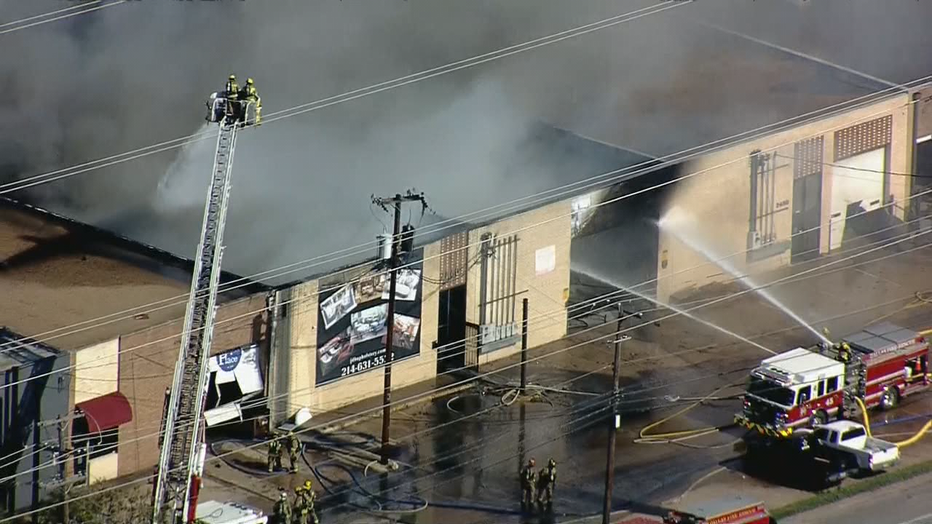