ALBANY, N.Y. - Howard Fischer, a 63-year old investor living north of New York City, has a wish for when he dies. He wants his remains to be placed in a vessel, broken down by tiny microbes and composted into rich, fertile soil. 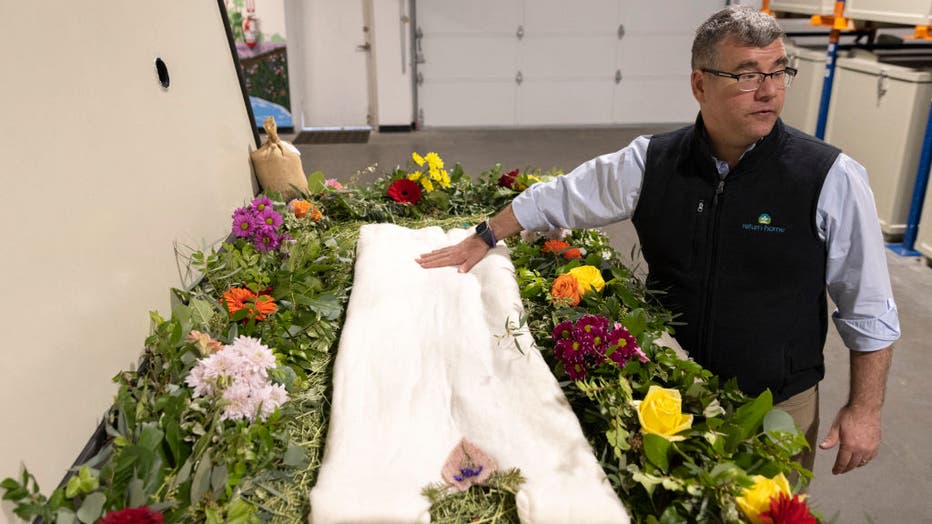 Return Home CEO Micah Truman shows a demonstration "vessel" for the deceased, decorated with flowers and compostable mementos on top of a bed of straw by Return Home, during a tour of the funeral home which specializes in human composting in Auburn,

Maybe his composted remains could be planted outside the family home in Vermont, or maybe they could be returned to the earth elsewhere. "Whatever my family chooses to do with the compost after it’s done is up to them," Fischer said.

"I am committed to having my body composted and my family knows that," he added. "But I would love for it to happen in New York where I live rather than shipping myself across the country." 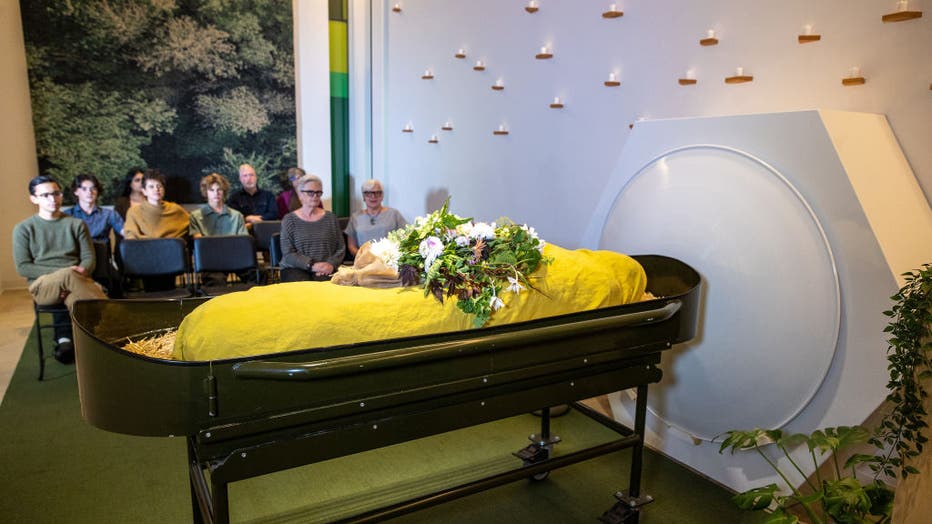 Guests sit in the gathering space looking at a shrouded mannequin in front of the threshold vessel at Recompose, a green funeral home specializing in human composting, also known as natural organic reduction, terramation, or recomposition at Recompos

Washington state became the first state to legalize human composting in 2019, followed by Colorado and Oregon in 2021, and Vermont and California in 2022.

For Fischer, this alternative, green method of burial aligns with his philosophical view on life: to live in an environmentally conscious way.

The process goes like this: the body of the deceased is placed into a reusable vessel along with plant material such as wood chips, alfalfa and straw. The organic mix creates the perfect habitat for naturally occurring microbes to do their work, quickly and efficiently breaking down the body in about a month's time. 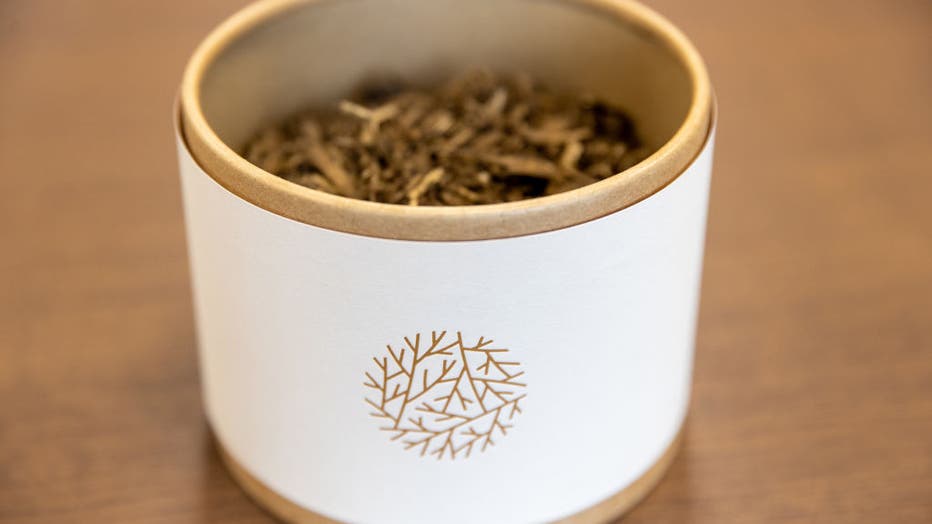 A small box of soil that was once a human sits on a table at Recompose, a green funeral home specializing in human composting at Recompose Seattle on October 06, 2022 in Seattle, Washington. Human composting is also known as natural organic reduction

The end result is a heaping cubic yard of nutrient-dense soil amendment, the equivalent of about 36 bags of soil, that can be used to plant trees or enrich conservation land, forests, or gardens.

For urban areas such as New York City where land is limited, it can be seen as a pretty attractive burial alternative.

"It definitely is more in line with what we do," she added.

The 130-acre (52-hectare) nature preserve cemetery, nestled between protected forest land, offers natural, green burials which is when a body can be placed in a biodegradable container and into a gravesite so that it can decompose fully. 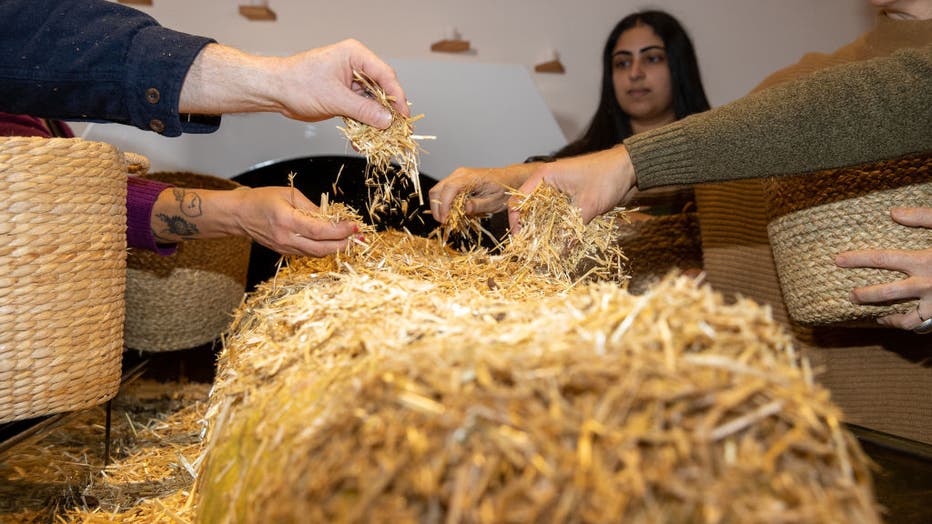 Guests place wood chips and straw on a shrouded mannequin near the Threshold Vessel in Recompose's Gathering Space at Recompose Seattle on October 06, 2022 in Seattle, Washington. Straw and wood chips are used in the human composting processon Octobe

"Every single thing we can do to turn people away from concrete liners and fancy caskets and embalming, we ought to do and be supportive of," she said.

But not all are onboard with the idea.

The New York State Catholic Conference, a group that represents bishops in the state, has long opposed the bill, calling the burial method "inappropriate."

"A process that is perfectly appropriate for returning vegetable trimmings to the earth is not necessarily appropriate for human bodies," Dennis Poust, executive director of the organization, said in a statement.

"Human bodies are not household waste, and we do not believe that the process meets the standard of reverent treatment of our earthly remains," he said.

Katrina Spade, the founder of Recompose, a full-service green funeral home in Seattle that offers human composting, said it offers an alternative for people wanting to align the disposition of their remains with how they lived their lives.

She said "it feels like a movement" among the environmentally aware.

"Cremation uses fossil fuels and burial uses a lot of land and has a carbon footprint," said Spade. "For a lot of folks being turned into soil that can be turned to grow into a garden or tree is pretty impactful."

Maysoon Khan is a corps member for the Associated Press/Report for America Statehouse News Initiative. Report for America is a nonprofit national service program that places journalists in local newsrooms to report on undercovered issues. Follow Maysoon Khan on Twitter at: twitter.com/MaysoonKhan.