The folks behind the fireworks at Reunion Tower in Downtown Dallas talk about all the work they put into the impressive display, and why the experience is so rewarding for them.

There are several events in Dallas and across North Texas to ring in the new year.

We even have some kid-friendly events at the bottom of our list!

WATCH LIVE: DALLAS RINGS IN THE NEW YEAR WITH A MASSIVE FIREWORKS DISPLAY

Reunion Tower Over The Top NYE 2023 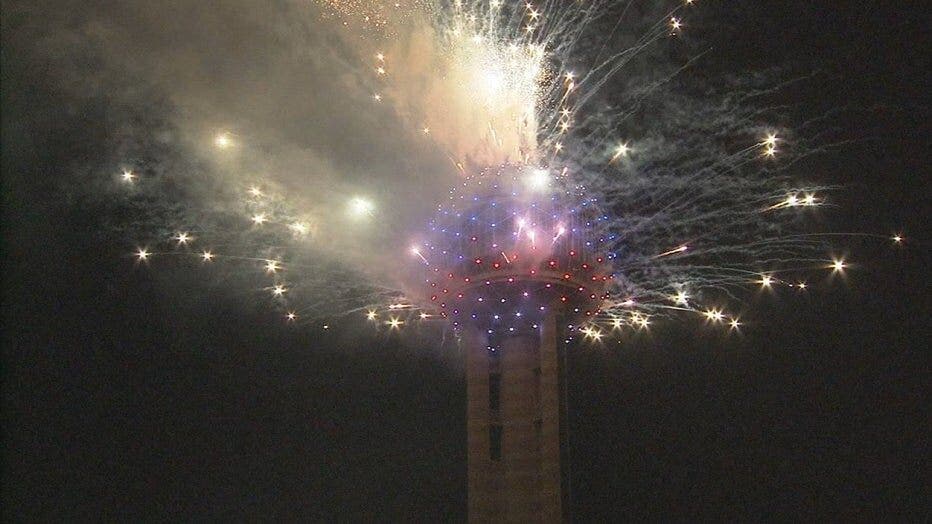 Make your way to the streets of Dallas to watch one of the coolest fireworks displays around. The Texas-sized show will include nearly 15,000 pounds of fireworks and more than 200 drone lights. Those drones are expected to fly in sync with the fireworks this year. There will be no viewing from the lawn of Reunion Tower, but you should be able to get a great view from parking lots or wherever you can see the iconic ball. Fireworks are expected to start at 11:59 p.m.

Sundance Square in Fort Worth is going all out for its NYE celebration. There will be music from 7 p.m. to 2 a.m. and performances by ice sculptors, stilt walkers and more. There will be a number of food trucks around the square and of course fireworks at midnight. For TCU fans they will also be showing the Horned Frogs take on Michigan.

Live entertainment, lots of drinks, food and more at Texas Live! There are several different ticket packages that you can purchase to upgrade your experience.\

What better way to bring in the New Year than with a laugh! The improv comedy group Four Day Weekend has entertained crowds on New Year's Eve for years, and they alway put on a great show. You can see the comedy show, get a catered dinner from Reata and a champagne toast at midnight. Both the Fort Worth and Dallas locations are holding celebrations.

New Year's F'in Eve at House of Blues in Dallas

If you are looking to party head to the House of Blues in Dallas. The show features live performances by Aurelio Voltaire and DJs Lord Byron Red Vamp Son of Sam. Doors open to the 80's new wave/EDM/synth pop New Year's Celebration at 8 p.m. There will be a complimentary champagne toast at midnight.

For a classy way to ring in the New Year head to the Aloft at Love Field. The 1920s style party includes an open bar, 3 DJs, a live band casino and multiple party rooms. Your ticket also gets you a meal and a 4-hour complimentary open bar.

Many North Texans will be hitting the bars for NYE. Official bar crawls in Deep Ellum and Uptown are selling tickets that give you food and drink specials, party favors and a midnight champagne toast. Check in for the Uptown crawl is at Frida's Social Club, for Deep Ellum you will start at Reno's Chop Shop Saloon.

New Year's Eve at the Meyerson

The Dallas Symphony will help you ring in the new year with a performance honoring the most prestigious New Year's musical traditions. Gemma New will be the principal guest conductor for the performance.

Lovers of Korean pop music will be at Asia Times Square in Grand Prairie on New Year's Eve. Check in begins at 9 p.m. with DJ IMYOONOTYOU playing K-pop hits all night. Minors under 14 must be accompanied by an adult. 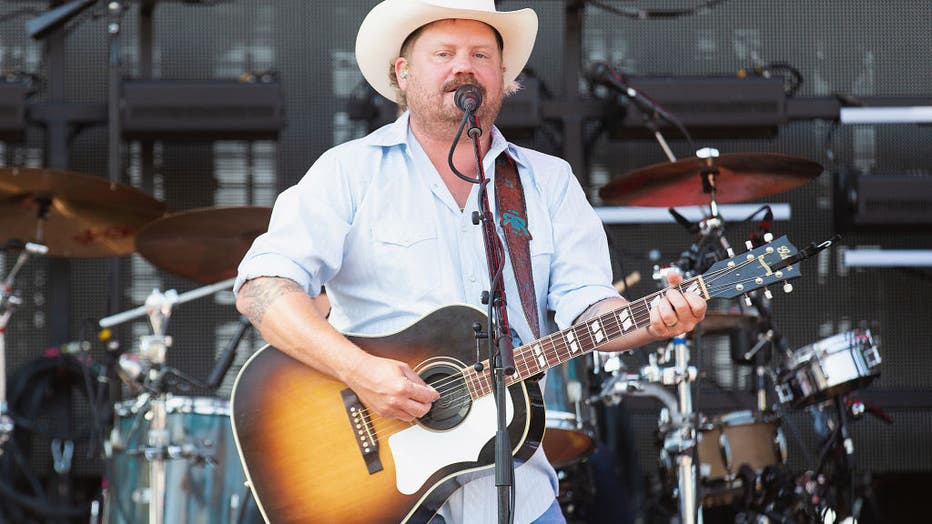 GEORGE, WA - AUGUST 04: The Randy Rogers band performs on stage during the Watershed country music festival at the Gorge Amphitheatre on August 4, 2019 in George, Washington. (Photo by Mat Hayward/Getty Images)

Boot scoot your way into the New Year at the World's Largest Honky Tonk! Randy Rogers Band will be playing the Main Stage at Billy Bob's. They are expected to take the stage at 10 p.m. Todd Stewart will also be playing at 8 p.m.

Disco is back for this event at the Gaylord Texan in Grapevine. Le Freak the ‘Greatest Disco Band in the World’ will play throughout the night. Tickets include a champagne toast at midnight and festive party favors. Cocktail attire is required, and they say the dress code will be enforced!

They've been bringing the party to North Texas for over four decades. We'll talk with founder Deno Taglioni about the cross-generational appeal of the Emerald City Band and the music that's taken them everywhere--including two trips to the White House.

Dance the night away with one of Dallas' best party bands, Emerald City. The Hilton will have a huge dance floor, an incredible lightshow and plenty of drinks and food.

Cheek to Cheek for New Year's Eve 2022 at the Isis

It's a concert to remember in Downtown Cowtown at the Isis in Fort Worth. In a tribute to musical stars Steve Leeds will emulate Tony Bennett and Sharon Owens take on the role of Lady Gaga. Doors open at 7 p.m. with a concert at 8:30 p.m.

There will be confetti countdowns, dance parties and character appearances from 12 p.m. to 2 p.m. There are also festive crafts including a crown and resolution list.

Countdown to Noon at Sci-Tech Discovery Center in Frisco

Celebrate the new year without keeping your little ones up past their bed times! There will be electric ball drops at 11 a.m., noon, 1 p.m. and 2 p.m. There are also activities and experiments, including coding a New Year's Countdown Clock and playing Auld Land Syne on a DIY Floor Piano.

It's an early celebration that the whole family can enjoy. The Rory Meyers Children's Adventure Garden is turning into a 2023 celebration on the morning of the 31st. There will be a celebration from 9 a.m. to noon with a flower ball drop as the clock strikes 12. There are also celebration stations including party hats, noisemakers and more!

The Dallas Children's Aquarium at Fair Park is hosting kid-friendly celebrations at 10 a.m., noon, 2 p.m. and 4 p.m. on New Year's Eve. Families can count down to a glitter ball drop and toast with sparkling cider. The event is free with admission.

Day One DFW Party in Irving

Dallas-based nonprofit Vogel Alcove will host its popular New Year's Day event at the Irving Convention Center from noon - 7 p.m. on Saturday. The celebration features family-friendly musical performances, magic shows, crafts, activities, bounce houses and superhero character photos. It will end with fireworks outside the convention center at 7 p.m. Kids under 17 get in free. Admission for adults is $10 to help support the organization's mission to help support families experiencing homelessness.

Children need a fun, safe place to be a kid on New Year's Day and "Day One DFW" is the go-to destination. Karen Hughes with Vogel Alcove joined Good Day to talk about the family-friendly New Year's Day celebration.

Family NYE Party at The HUB in Allen

The HUB in Allen is throwing a New Year's Eve party that is perfect for kids. There will be a band playing from 6 p.m. to 9 p.m. with a 'Family Ball Drop' at 9 for families who don't want to stay up too late. Kids eat free with an adult food purchase of equal or greater value.

Epic Waters Indoor Waterpark will celebrate the start of the new year with its own "ball drop" with a giant rubber duck. The drop will happen at 3 p.m., 6 p.m., 9 p.m. and there will be a bigger drop at midnight. there will also be crafts, contests and raffles for families celebrating at the waterpark.