A lawsuit filed by Gabby Petito’s family is asking for compensation for their pain and suffering and alleges that Brian Laundrie spent a lot of time speaking with his parents and their lawyer before he left Wyoming on August 30.

NORTH PORT, Fla. - The family of Gabby Petito says Brian Laundrie's parents knew before going on a family vacation to Fort DeSoto park that their son had killed his girlfriend and left her body in a national park in Utah, according to new documents filed in Sarasota County court.

Joseph Petito and Nichole Schmidt, Gabby's mother and father, filed a civil lawsuit against Laundrie's parents, accusing them of knowing their son murdered their daughter, but new documents shed light on when they are accused of knowing their son's alleged crimes.

The lawsuit, which is expected to be heard by a jury in 2023, seeks more than $100,000 in damages for causing the Petitos pain, suffering, and mental anguish.

According to court documents, the Petito family says Brian killed Gabby on August 27, 2021.

"Her cause of death was blunt force injuries to the head and neck with manual strangulation," the suit says. 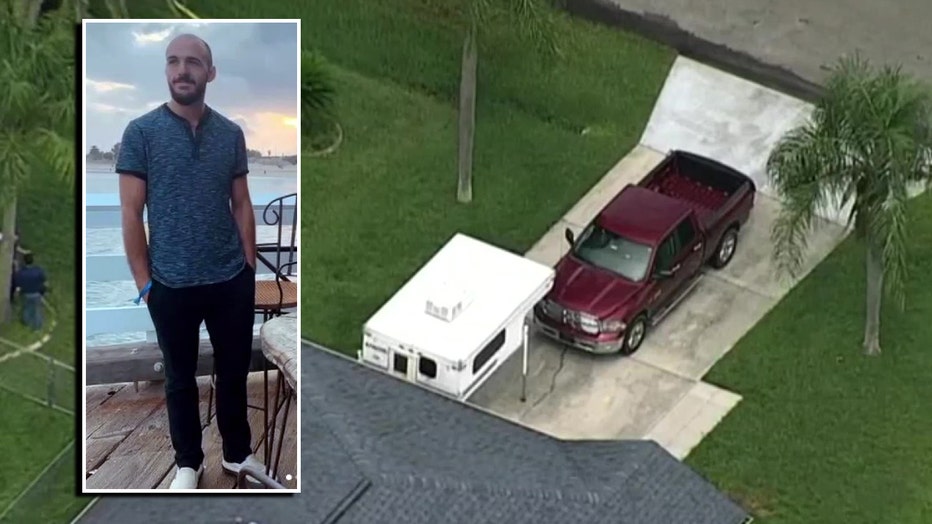 The Petitos say Brian sent text messages to and from his and Gabby's phones in an effort to conceal that she was dead. They also say he sent a message from Gabby's phone to Gabby's mother, but called Gabby's grandfather by his first name – which Nichole Schmidt says her daughter would never have done.

The Petito family says in the lawsuit that they believe Brian told his parents on August 28 that he killed Gabby. A few days later, Brian returned, driving Gabby's van from Yosemite National Park to his parents' home in North Port, Florida.

Brian and his parents reportedly took a weekend trip to Fort DeSoto park in Pinellas County in the week after his return.

As the search for Brian Laundrie returned to the swampy Florida park, Gabby's family spoke to FOX News with a message for the Laundries.

"They went on vacation knowing that Brian Laundrie had murdered Gabrielle Petito, it is believed that they knew where her body was located and further knew that Gabrielle Petito's parents were attempting to locate her," the lawsuit says.

The lawsuit does not provide evidence of when Brian Laundrie's parents knew Gabby Petito was dead and where her remains might have been located.

Brian Laundrie and Gabby Petito set off on a cross-country road trip in July 2021. By October 2021, both of them were found dead on opposite ends of the country. The FBI identified Laundrie as the sole suspect in Petito's homicide.

She was found bludgeoned and strangled to death at a campground north of Jackson, Wyoming, where the couple stayed in late August 2021.

The FBI released its final update on the Gabby Petito investigation, saying a review of the notebook found near Brian Laundrie's remains showed he claimed responsibility for her death.

By September 1, 2021, Laundrie arrived at his parents' North Port home driving Petito's van. By then, she was dead, and it took 10 days before police arrived at the home looking for her.

In that time, Laundrie went camping with his family south of St. Petersburg and made no public comments about Petito's disappearance. He invoked his right to remain silent and declined to cooperate with police.

Laundrie set out for the Myakkahatchee Creek Environmental Park, just 10 minutes from his parents' home in North Port, and never returned. After a weeks-long search delayed by flooding, police and the Laundrie's found his belongings in a clearing that had been underwater for roughly five weeks.

That's when investigators found remains nearby that they later determined was Brian Laundrie.