The NCAA is moving forward with policy changes that could allow student-athletes to profit from their names and images.

The NCAA is moving forward with policy changes that could allow student-athletes to profit from their names and images.

The timing is significant, as the NCAA says a record number of college students - nearly 500,000 men and women -  are participating in championship-level sports.

The new policy is called ‘the College Athlete Model.’

It’s a phrase you will hear more about in the coming months following the NCAA’s decision to allow athletes to be compensated for their name, image and likeness.

“That right there is one of my biggest treasures, my degree,” former Dallas Cowboy and OU stand out Tony Casillas said.

Casillas knows all too well the benefit of being a scholarship student-athlete.

Playing the sport you love, and earning a degree.

But he also thinks a scholarship is not enough.

“It’s hard for me to think they sleep at night knowing this is going on. We are talking billions of dollars,” Casillas added.

READ MORE: NCAA will permit athletes to be compensated for their names, images, likenesses, Board of Governors says 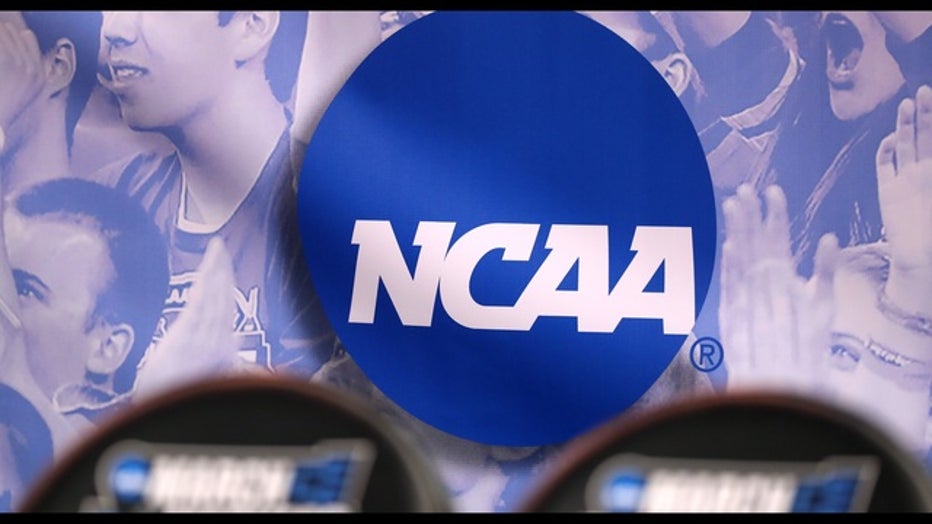 The NCAA logo is seen in the second half of the game between Northwestern and Vanderbilt during the first round of the 2017 NCAA Men's Basketball Tournament at Vivint Smart Home Arena in Salt Lake City, Utah.(Photo by Christian Petersen/Getty Images)

The NCAA, a multi-billion dollar industry, now says it will allow college athletes to receive compensation for the use of their image and likeness.

Casillas thinks the pay structure should be similar to how NFL players receive payments for royalties.

[REPORTER: ”What do you say to people who say college athletes, they are amateurs. You should take the money out of it.”] “I would say they are not being really realistic,” Casillas replied.

The NCAA has launched a new website to educate the public.

The real process for developing rules for compensation will start in January, at the NCAA convention.

The NCAA says ‘the College Athlete Model’ is not the professional model.

In their words, it means students will compete against other students, not professionals or employees.

“I agree you don’t have to pay them a salary, but pay them to capitalize on their likeness,” Casillas added.

A deadline for legislative proposals will be about this time next year.