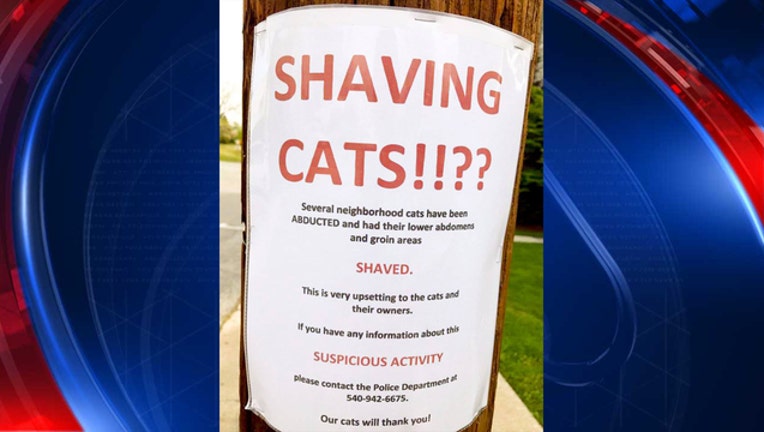 WAYNESBORO, Va. (AP) — Why would someone go around shaving other people's cats?

The mystery has the attention of police in Waynesboro, a small city in Virginia's Shenandoah Valley where someone has been taking cats and precisely shaving their underbellies or legs. It's happened to seven cats since December.

Police Capt. Kelly Walker said Friday that all the cats have been returned otherwise unharmed, but some seem bothered. Walker says all the cats clearly had owners — they were well-groomed and wearing collars. He says police aren't sure what crime has been committed, but the owners "would just like it to stop."

Walker says he learned of the feline barbering spree this week when a resident asked if he could post notices asking anyone with information to contact police.