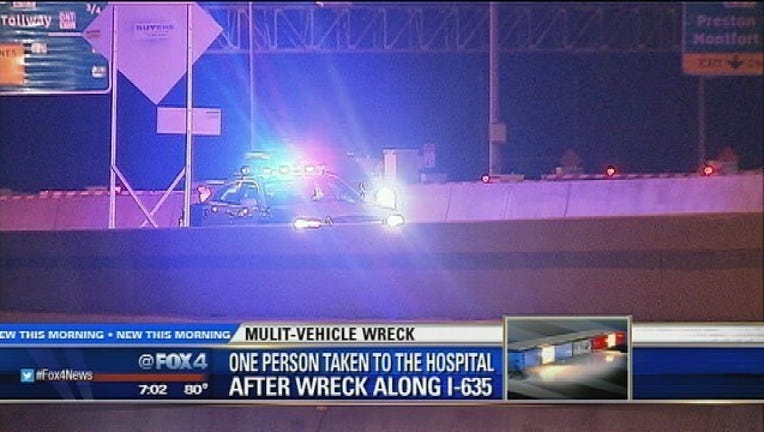 At least one person is in the hospital after being involved in a crash along 635 LBJ at Park Central in north Dallas.

Three vehicles were involved in the accident, which happened just before 3:00 Sunday morning, according to Dallas police.

One vehicle ended up upside down. The person in that vehicle had to be cut out by Dallas firefighters.

Travel was restricted in the eastbound lanes of 635 between Park Central and Highway 75 for a short time while investigators worked to determine a cause,  but the lanes are now back open.