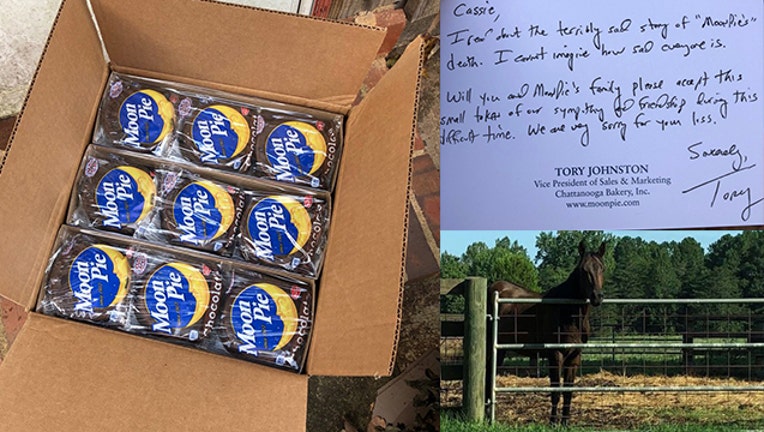 GASTONIA, N.C. (FOX 46 CHARLOTTE) - The vice president of MoonPie sent a box of treats to a family whose horse-- named Moonpie-- was killed in Gastonia last month.

The package arrived at the owner's house earlier this week, and was accompanied by a card offering sympathy and condolences to the family.

Police still don't know who shot the horse at least 4 times. They're still offering a $2,000 reward for any info that leads to an arrest.