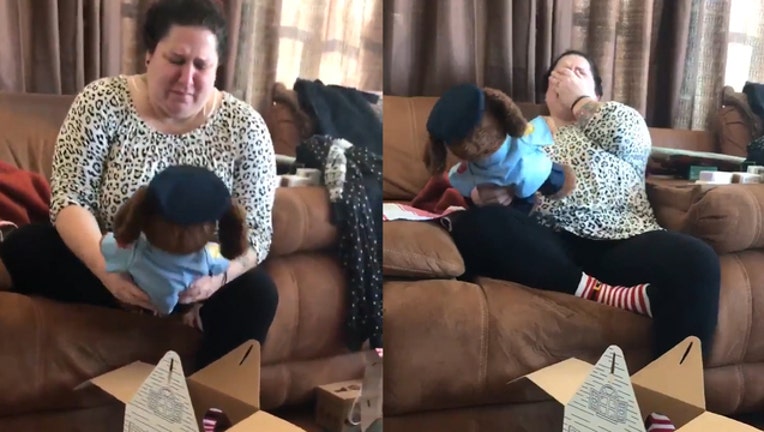 CHINA LAKE, Calif. (FOX 13) - The mother of a fallen police officer given an unforgettable gift this Christmas.

Sean Tanner was an officer for the China Lake Police Department in California.

He passed away in October at the age of 21.

When Sean’s mother opened one of her presents this Christmas, he found a teddy bear dressed in a police officer uniform.

The tears started to come when she pressed its paw and heard Sean’s voice.

Sean's sister Brittany came up with the idea of going to Build a Bear to make the gift so her mom would have a reminder of her son.