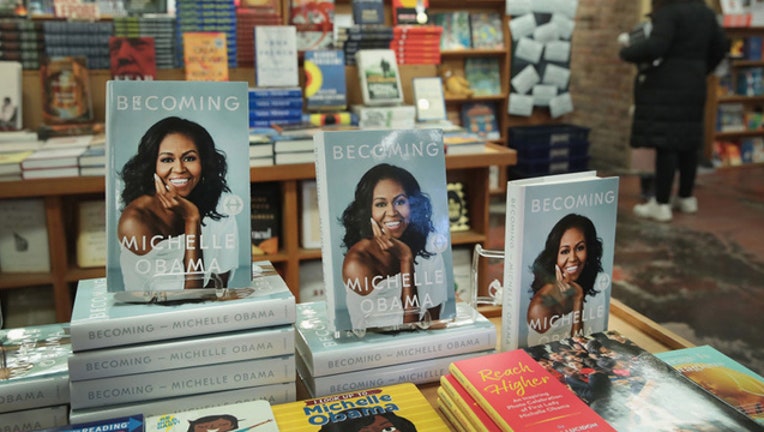 Crown Publishing told The Associated Press on Wednesday that the former first lady's memoir has sold more than 1.4 million copies in print and digital formats in the U.S. and Canada in the seven days since it was released Nov. 13.

Based on demand from retailers across all channels, the publisher has printed 3 million hardcover copies in North America. On its first day, the book sold more than 725,000 copies, making it one of the year's biggest debuts.

Crown also said that "Becoming" is currently the No. 1 adult nonfiction title in the United Kingdom, Germany, France, Holland, Spain, Denmark and Finland. In Germany, some 200,000 copies have been sold, prompting a second printing of 100,000 copies.

In the United Kingdom, "Becoming" is published by Viking and it has had five press runs with a total of 575,000 copies in print. In Holland, the Dutch-language edition is the best-selling book in the Netherlands, with the English-language edition ranked second.

"Becoming" is well exceeding the pace of previous memoirs by first ladies. In 2003, Hillary Clinton's "Living History" had first week sales of around 600,000 copies.

Reviews of the book, which traces Obama's journey from Chicago's South Side to the White House, have been positive, with The Washington Post praising its "impressive balance in telling the truth of her challenges while repeatedly acknowledging her lucky life."

Mark Kennedy is at http://twitter.com/KennedyTwits