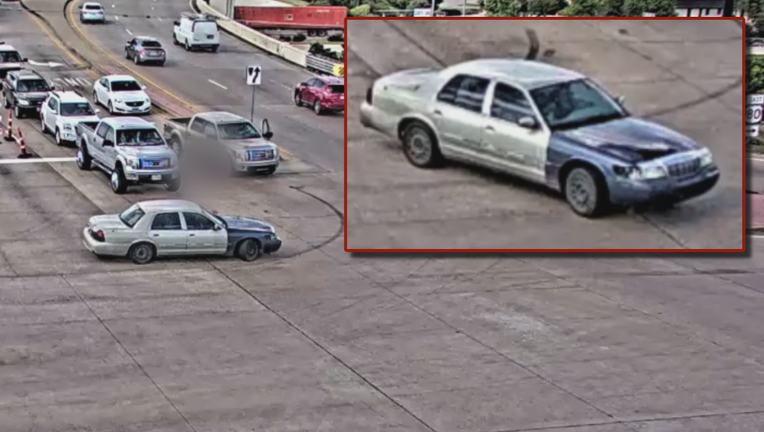 MESQUITE, Texas - Police in Mesquite, east of Dallas, hope surveillance video will lead them to a hit-and-run driver.

It happened around 4:30 p.m. Tuesday at the intersection of Samuell and Town East boulevards.

A woman driving a Mercury Grand Marquis hit a pedestrian then kept going. Investigators think it was intentional.

The investigators are now searching for the car. Witnesses described it as being blue or dark in color in the front and silver in the back. It also has missing hubcaps and a paper license plate.

The driver, who appeared to be in her 30s, will be charged with aggravated assault, police said.

The victim survived and is expected to recover.