Richardson police are looking for two young men seen on a Facebook Live video who threatened to kidnap a toddler at a public park in exchange for the mother’s cell phone.

RICHARDSON, Texas - Richardson police are looking for two young men seen on a Facebook Live video who threatened to kidnap a toddler at a public park in exchange for the mother’s cell phone.

Susana Posada was crossing a small bridge at Cottonwood Park on Monday around 6 p.m. It was part of her evening routine taking her three young children to the park. She was relaxed and at her most vulnerable.

Posada happened to be recording a Facebook Live video of her children as she walked and was unaware of the two men until one walked towards her. 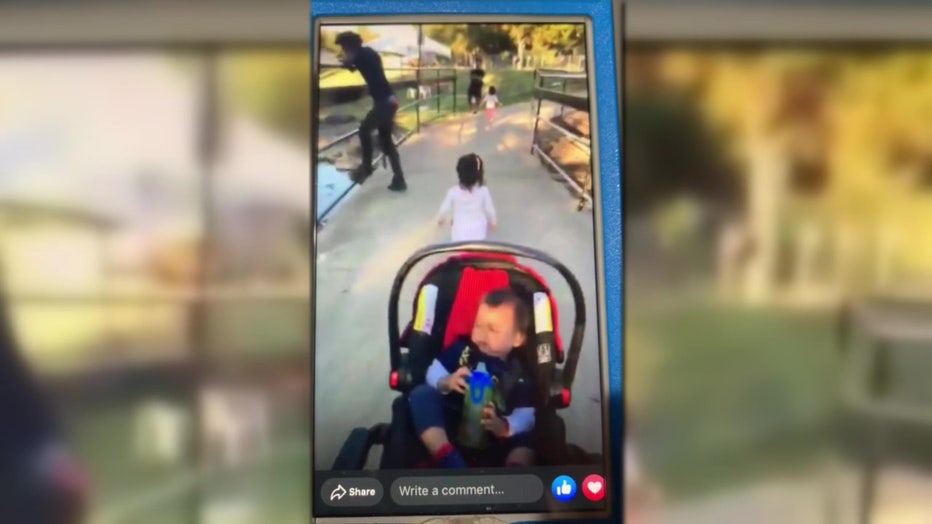 “Suddenly, comes a man and he grabs my phone,” she recalled.

“When she kind of resists giving the phone, they grab one of the children,” Perlich said.

Posada says her child is more important than her phone, and she let the device go.

Her mother in law Lourdes Salinas wasn’t there but helps explain.

“As soon as she let go of the phone, the other guy just dropped the baby like to the floor. And the baby started crying,” said Lourdes Salinas, Posada’s mother-in-law.

Despite losing her phone, Posada was still able to share a recording of the Facebook post with FOX 4. They are images that could be helpful to police.

“We are certainly checking with the schools around that particular area,” Perlich said.

Police are working on a sketch of the attempted kidnappers. Anyone with information is urged to contact the Richardson Police Department.