Tow truck drivers will gather in Arlington Wednesday night to remember one of their own.

DALLAS - Tow truck drivers will gather in Arlington Wednesday night to remember one of their own.

Garry McGee died Monday night after a suspected drunk driver crashed into him while he was working on the High 5.

Dallas police said McGee fell more than 50 feet off the overpass onto the freeway below and was struck by several vehicles.

McGee leaves behind a wife and two daughters. His family said he’d only been in the industry about two years, but loved his job.

"He loved it, he loves towing, and he would tell me every day that he loved his job," the victim’s wife, Ryan McGee, said.

She added that her husband took pride in his job and often looked forward to it. 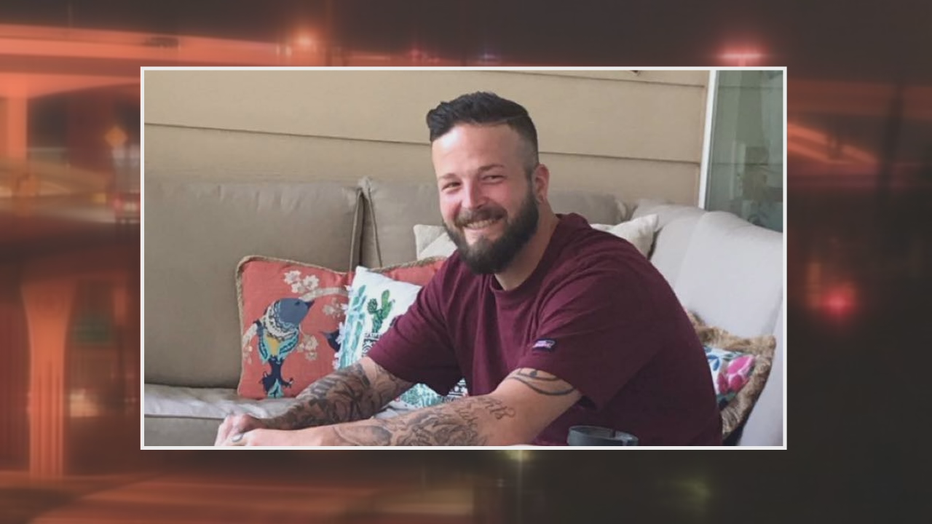 The couple met while working in the towing industry, and share 1-year-old daughter, Vivian, and a 14-year-old stepdaughter.

"We would talk about growing old together, how we would sit on the front porch and how he would look with his tattoos and he's old, and things like that. So that's one of the hardest things for me is realizing that can't happen," his wife said.

McGee was towing a disabled vehicle on the ramp from westbound 635 onto southbound 75 in Dallas, just before 10 p.m. Monday, when a suspected drunk driver crashed into the disabled vehicle and McGee’s wrecker, sending McGee over the rail.

Court records show she’s been arrested multiple times before for reckless driving, driving without a valid license, and possession of a controlled substance.

"She took a little girl's dad. She doesn't have her dad anymore because she wanted to drive herself home when she wasn't able to. She took away somebody's best friend," McGee’s wife said.

"It hurts us all when one of us goes down," said Thomas Acevedo, with NorTex Towing.

Acevedo is part of a group in the tow truck industry trying to raise awareness for a Texas law the requires drivers to move over and slow down for both tow trucks and other emergency vehicles on the side of the road.

"It automatically hits home quick. It’s hard what we do, we’re out there trying to help the community as well," Acevedo said.

He and dozens of other tow truck drivers will gather for a memorial honoring McGee.

Over the years, he said they’ve done six other memorials for tow truck drivers killed on the job.

"Just please, give us space to work," Acevedo said. "We got families to get home to as well."

Both Acevedo and McGee’s wife want people to be more aware of the choices they make and their consequences on the road.

"Everything we do can affect other people, and other people have lives too," McGee’s wife said.

Wednesday night’s memorial for McGee will take place at I-20 and Park Springs in Arlington at 8 p.m.