The international crew of four astronauts is the first to launch on an American commercial spacecraft. Two on the crew have ties to North Texas.

Back in 1989, Carpenter trained a class of about 200 cadets, including Commander Hopkins.

“His primary dream was to become an Air Force pilot from the time he was a young child. And once he achieved that, then the next dream was to become a test pilot and ultimately an astronaut. So when I saw his name on the list of candidates and the fact that he’d already been up to space now twice before this mission, it didn’t surprise me,” he said.

The mission commander said the flight from Florida was a very smooth trip.

“It was an amazing ride. I can't tell you how excited we were when that rocket lifted off the pad and the last 27 hours has gone really smooth actually and we are so excited to be here,” Hopkins said.

In addition to Hopkins, astronaut Glover has family that lives in the Collin County city of Prosper.

Their crew of four joined three others already on the ISS – two from Russia and one NASA flight engineer. It’s the first time a crew of this size will be on the ISS for such a duration of time.

“These are world-class intellectual and capable people that have risen to the top of their craft and the craft itself is very difficult to achieve,” Carpenter said.

The crew will be conducting research, looking at how to grow food in space and studying how space light affects brain function, among other things. They will also provide updates and repairs to the space station’s exterior.

The astronauts named the capsule they traveled in Resilience to provide hope and inspiration in a year that has produced so many challenges for people in the U.S. and back on earth. 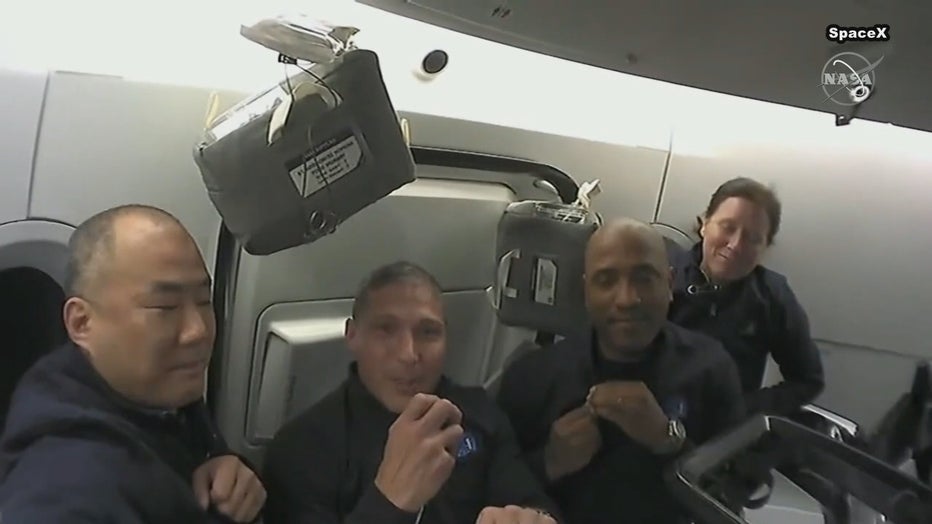