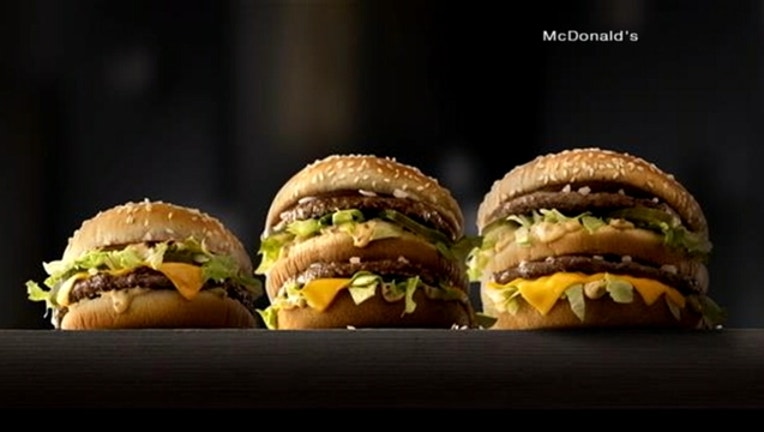 (AP) — McDonald's is testing bigger and smaller versions of its Big Mac as the world's biggest hamburger chain pushes to revive its business.

The company says it's testing a "Grand Mac" and "Mac Jr." in the Central Ohio and the Dallas areas, and will see how they do before deciding on a national rollout.

The Grand Mac is made with two third-pound beef patties, which may be a way for the company to make its famous burger more substantial as burger competitors have made the regular Big Mac seem skimpy to some. It will sell for $4.89.

McDonald's Corp. has been fighting to turn around its business after seeing customer visits decline in recent years. The Oak Brook, Illinois, company has said it needs to move faster to keep up with changing tastes.

Last week, the company held its biannual convention with franchisees in Florida to discuss plans to refresh the business.

The test was first reported in Columbus Business First.