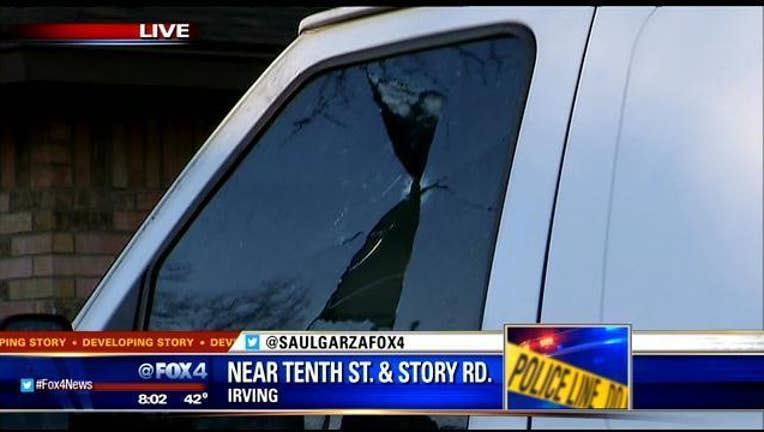 Police in Oklahoma arrested a man suspected of a murder in Irving.

Irving police said two men got into an argument late Sunday night at a home on the city's south side near 10th and Story streets.

Domingo Camargo, 31, was found behind the wheel of his bullet-riddled car. He died at the hospital.

Police questioned the people in the house and started looking for 31-year-old Danny Pacheco.

Pacheco was arrested Monday evening at a motel in Ardmore, Okla.

He is facing a murder charge and will appear in court in Oklahoma on Tuesday.