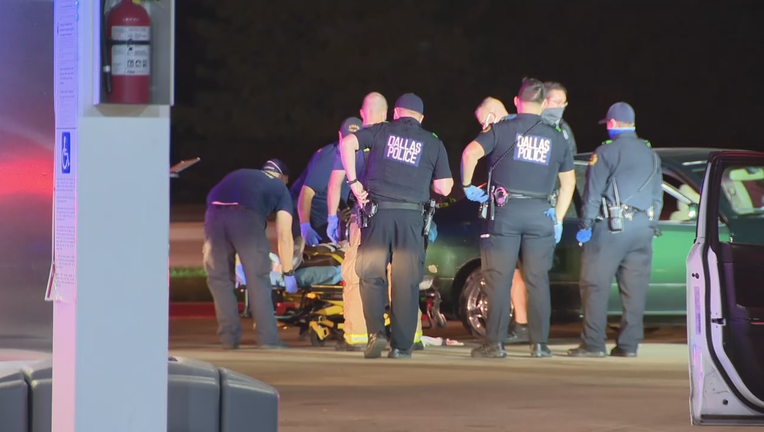 DALLAS - A man was shot while riding in a car in the Downtown Dallas area overnight.

The driver said someone fired several shots at his car on the Woodall Rodgers Freeway near Klyde Warren Park just before 2 a.m. Monday.

He drove to a nearby gas station to escape the gunfire.

A passenger in the car was shot at least once but is expected to be okay. The driver was not hit.

Police are investigating but so far do not have any information on the shooter.