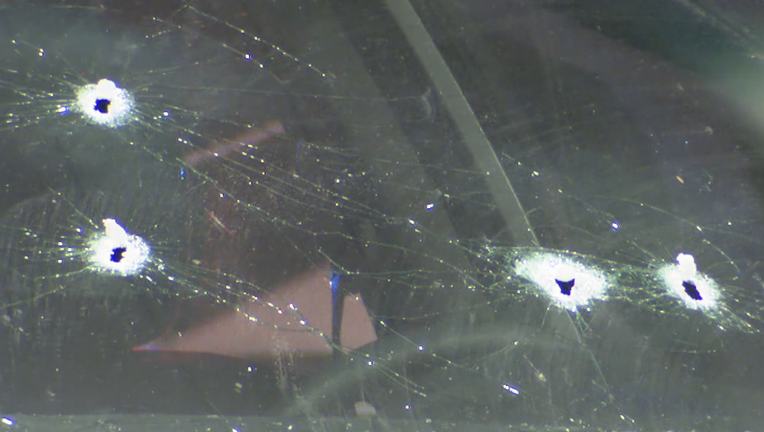 DALLAS - Dallas police are looking for the person who shot into a vehicle late Friday night, leaving one man in serious condition.

The call came into police just before midnight, and responding officers found a vehicle that had multiple gunshots through the windshield at a convenience store along I-30 and Winslow Avenue.

There were four people inside the car, and one man was hit by the gunfire. He was taken to a local hospital in serious condition.

Police said the people inside the vehicle told them they were fired upon near Martin Luther King Boulevard in South Dallas.