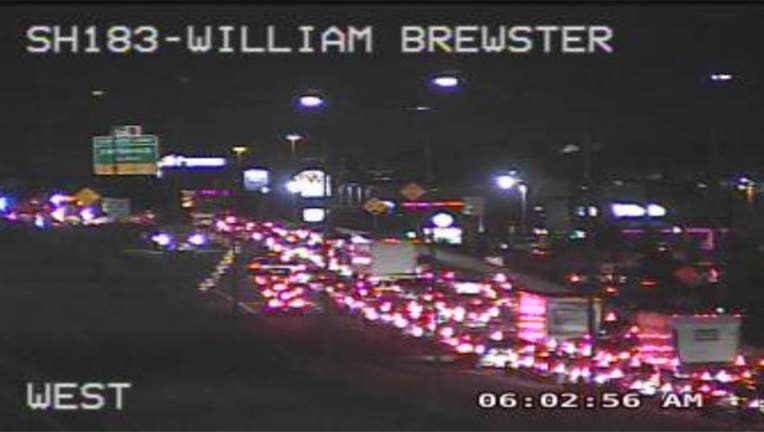 IRVING, Texas - The westbound lanes of State Highway 183 in Irving were closed for most of the morning Friday after a pedestrian was struck and killed by an 18-wheeler.

The crash happened just after 3:30 a.m. on 183 near Esters Road, according to the city of Irving.

The city said a pedestrian was attempted to cross the highway on foot, running south across the westbound lanes in front of Irving Mall when he was hit by the truck.

Crash investigators closed a portion of the highway until just before 9 a.m., causing a large backup for the morning drive.

No information has been released about the identity of the pedestrian.