Man randomly attacked while walking along the Katy Trail

A 69-year-old man was randomly attacked Friday morning while taking his daily walk along the Katy Trail.

DALLAS - A 69-year-old man was randomly attacked Friday morning while taking his daily walk along the Katy Trail.

Phillip Brown said he was blindsided when a man, who may be homeless, came out of nowhere and attacked him.

As a result of the attack, Brown had a broken jaw, broken nose, and a broken eye socket. He was released from the hospital Saturday morning.

Brown said he was just minding his own business, when out of nowhere, he was ambushed.

The attacker punched him in the side of the face and then sat on top of him as he continued the assault.

The victim said he'd never the seen the man before, but he's hoping police get their eyes on him.

“I didn't even see him coming at me," Brown said.

Phillip and Leslie Brown typically walk the trail together, but on Friday, Phillip went alone.

“I would have just kicked and fought like crazy. I would've jumped on him," Brown’s wife, Leslie, said.

He said he was passing the popular Katy Trail Ice House when a man approached him from the side and punched him while screaming curse words. 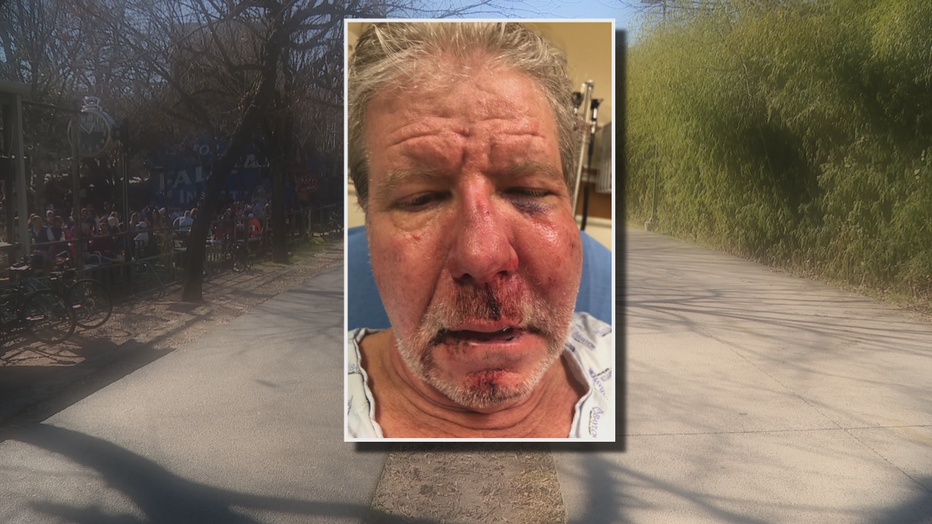 "Well, one thing I thought was, I don't have my pistol with me," Brown recalled.

Defenseless, he said the attacker - a man roughly 6-foot-2 and 210 pounds - repeatedly hit him while he was on the ground, before walking away. Leaving him bloodied with a broken orbital socket, broken nose, and a fractured upper jaw.

He said the attacker didn't take any money or jewelry.

"He wasn't trying to go through my pockets," Brown recalled.

Only stealing a sense of security.

"To think nothing of just, you know, hammering in on somebody's face with their fist. That is just violence. Yeah, that's violence," the victim’s wife added.

The Ice House said the suspect, who appears homeless, had been coming around for more than a month, and they never had any issues until Friday.

Brown said that when he was picked up by first responders, they told him it was their third similar assault call in that region of Dallas Friday morning.

“It's a shame that a wonderful neighborhood is scaring me," Brown’s wife said.

The Browns, who live about a mile and a half away from the trail, have had close calls before.

Home security footage from a couple of months ago shows a man at their driveway with a knife.

He left just seconds before the garage opened up and an unsuspecting Brown got in his car. 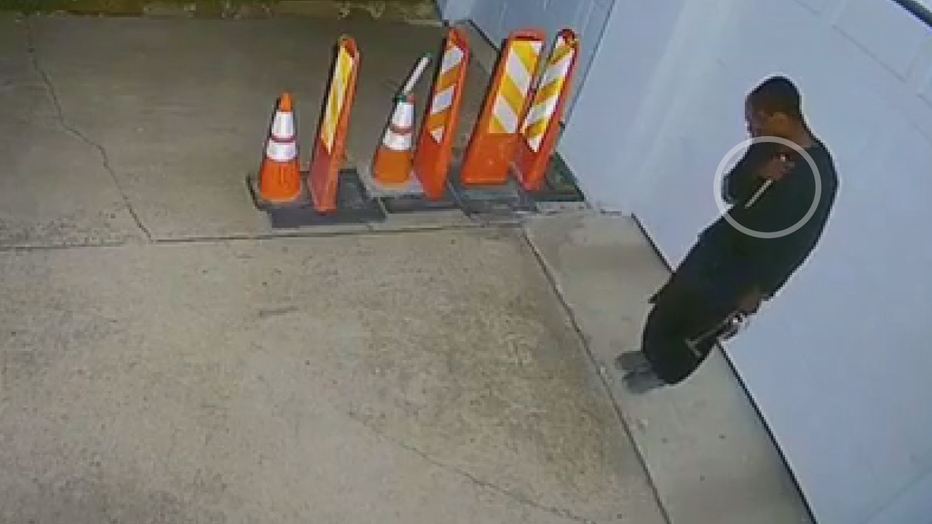 "Next thing you know, they're going to be walking around with a shotgun and just shoot you," Leslie Brown added.

The couple said they're looking to move to a different neighborhood, fearing something like this could happen again.

"It's getting worse," Brown said.

DPD said it will continue patrols on the trail.

The Ice House said the suspect had dark hair and wore a set of khaki work pants and a jacket. He also wore glasses with a black frame.

Unfortunately, they say there is no security footage of the attack.