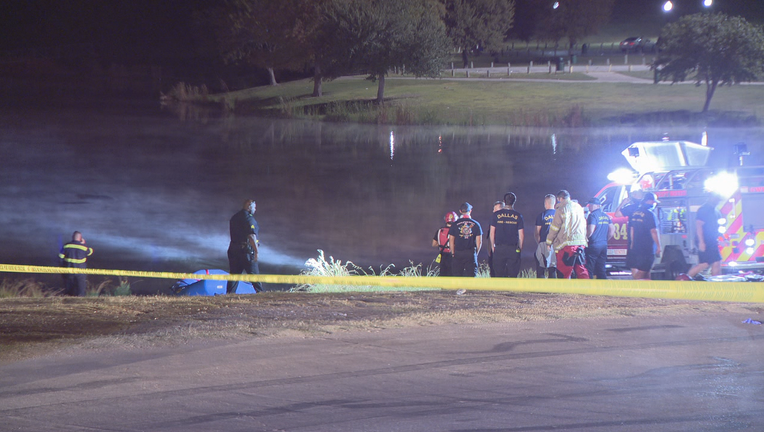 The incident happened around 9 p.m. near Rochester Street and William Blair Park in South Dallas.

Officers said the woman lost control of the car. She drove off a levy along the lake, went through several barriers and a picnic area before ending up in the lake.

Witnesses told police there were people in the submerged car.

Five officers went into the water, broke the windows and pulled out a man and a woman.

The man, identified as 37-year- Andre Chandler, died at the hospital.

The woman is expected to recover and will be charged with intoxication manslaughter. Her name has not yet been released.