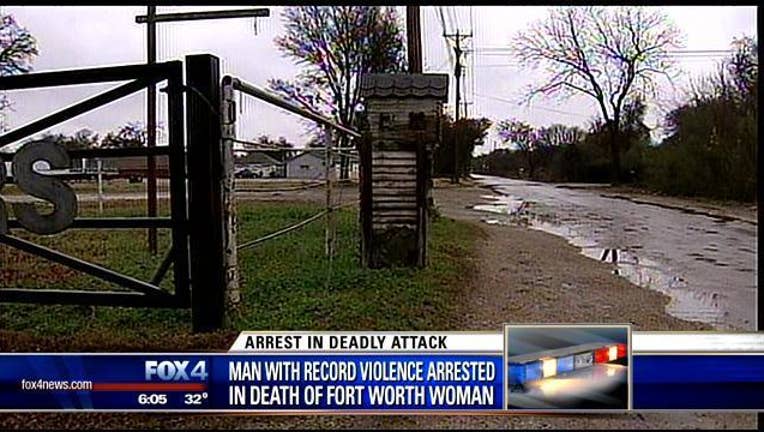 Fort Worth police arrested a man in the fatal attack of a woman on New Year's Day.

She was found unconscious near Haltom Road on New Year's Day and died a week later.

He also had a warrant for another aggravated assault.

Investigators plan to seek murder charges against him.