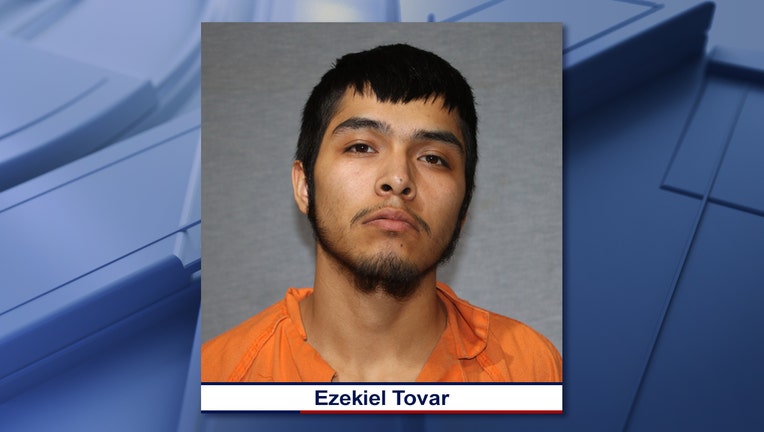 GARLAND, Texas - A 19-year-old man accused of chasing down and ramming the vehicle his ex-girlfriend was in was arrested early Sunday morning after leading Garland police on a chase through Dallas and into Irving.

This happened just after 2 a.m., when Garland PD officers were called about a domestic disturbance in the parking lot of a convenience store in the 3400 block of South Garland Avenue.

Responding officers were told the driver of a Chrysler 300, identified as Ezekiel Tovar, was chasing down and ramming a Mazda.

Those inside the Mazda said Tovar chased them down from Dallas, and began ramming their vehicle in Garland, until it became disabled. Tovar’s ex-girlfriend and a man were inside the Mazda, police said.

The drivers of both vehicles then stopped in the convenience store parking lot.

Tovar fled in the Chrysler 300 as officers arrived on scene.

He fled from police, and drove through Dallas, and into Irving, before running into a home in the 1200 block of Rindie Street.

Police said Tovar later surrendered, and was taken into custody. He has been charged with two counts of aggravated assault with a deadly weapon and evading arrest.