Loves ones honor Andre Emmett at his former high school

The former Texas Tech basketball star who was killed early Monday morning was honored by friends and family.

The former Texas Tech basketball star who was killed early Monday morning was honored by friends and family.

They released balloons at Carter High School on Friday where Andre Emmett used to play and was mentoring students before his death.

Emmett was killed while running away from two men with a gun. The men had approached him while he was sitting in his car early Monday morning. Police have still not identified his killers.

Police still have no new leads since video was released from the shooting. His family says his light will continue to shine through his charity foundation.

The final moments of Emmett’s life were captured on home surveillance video. Emmett was seen sitting in his SUV when two attackers approach him. One attacker had a gun and hit him in the face. 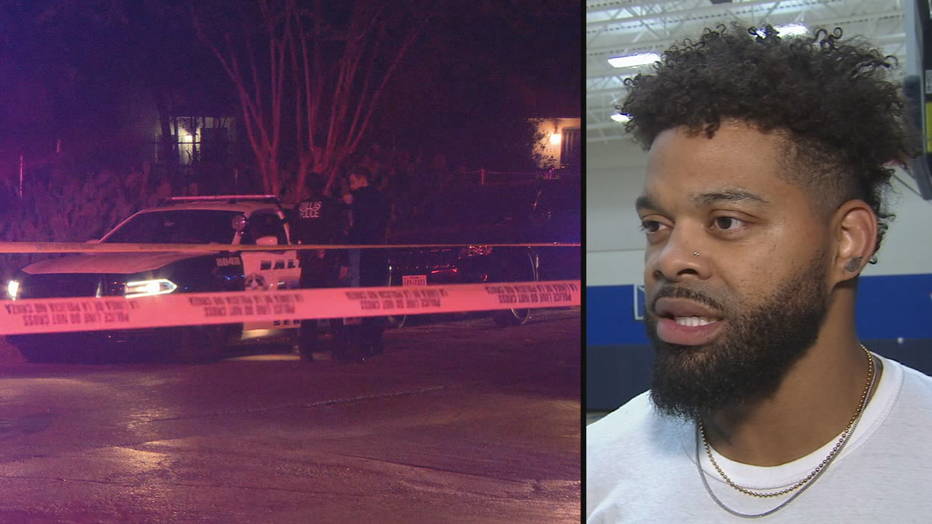 Emmett slowly got out of the vehicle. A few seconds later, Emmett took off running. The video shows the killer fire the fatal gunshots. Witnesses say they heard up to seven shots.

“I was floored. I was hysterical,” said Jabari Johnson, a longtime friend. “It was one of the toughest days of my life getting that phone call.”

The shooting happened in Old East Dallas Monday morning Emmett was sitting outside his home ‪around 2 a.m. near the corner of Bennett and Monarch. Since the release of the video, Dallas police say they have no new leads. They have not speculated on a motive or whether Emmett knew his killers.

Johnson has been friends with Emmett since he was 11. The basketball team members at Carter High picked middle school players to mentor. Emmett mentored Johnson.

“He always stayed grounded. He always found a way to give to his community,” Johnson said. “Whether it was throwing a basketball camp or giving a kid who needed it the shoes off his feet, he was an incredible guy on and off the court.

Friends and family gathered at his high school alma matter on Friday remembered his life with a balloon release and free food. 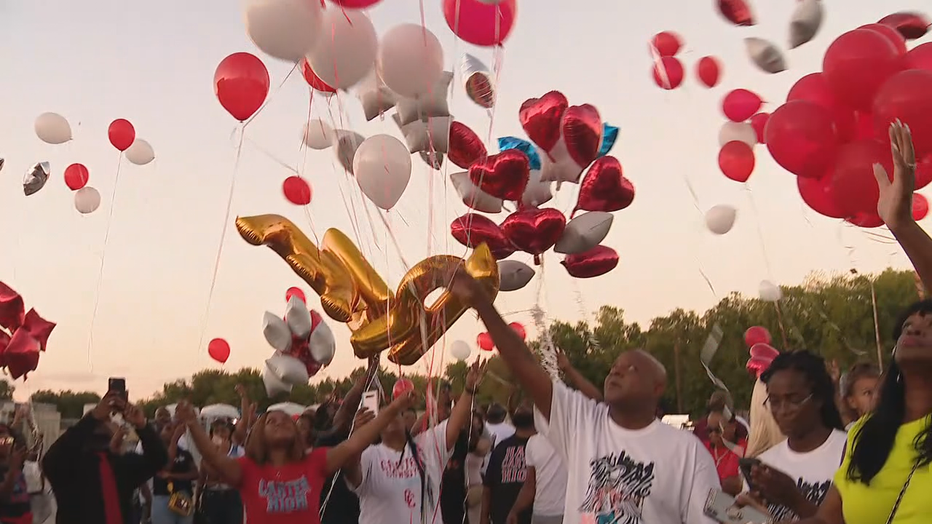 “Each state that he visits he tries to give back to the community, especially with his involvement with the BIG3,” she said. “Each time they travel to different states, they are out in the community.”

Emmett, a 37-year-old father of two, went on to be a star for the Texas Tech Red Raiders basketball team. He played professionally overseas and two years in the NBA. Over the last few years, he played in the BIG3 league.

Family members say he used basketball as a vehicle to give back to his community. He had his own foundation focused on helping young people, often through sport.

The family says they are also raising reward money for anyone who can help lead to an arrest.