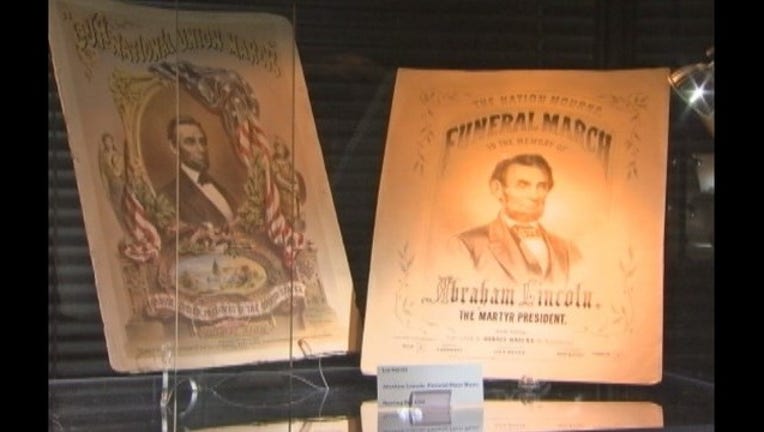 A collection of Abraham Lincoln memorabilia that includes a lock of the slain president's hair has been sold for more than $800,000 at auction Saturday in Dallas.

Greg Dow said his father, who died five years ago, was fascinated with presidential assassinations.

The lock of hair, taken by Surgeon General Joseph K. Barnes shortly after Lincoln was shot by John Wilkes Booth, sold for $25,000.

An 1861 letter written by Booth to a friend boasting about his career and value as an actor sold for $30,000.

"The public was so disgusted by Booth's atrocity that most all letters, signatures and documents mentioning him were destroyed after Lincoln's death, making any that survive 150 years later exceedingly rare and valuable," said Don Ackerman, Consignment Director for Historical Americana at Heritage Auctions. "The Dow Collection gave us a unique perspective of the assassination and I doubt we'll ever see a grouping like this outside of a museum setting."

-- a clipping of linen from Lincoln's death bed and stained with Lincoln's blood, for $6,000.

-- A display of photographs and autographs from Lincoln, Booth and Boston Corbett, the soldier who shot and killed Booth -- a set nicknamed "The Martyr, The Assassin and The Avenger" -- which sold for $30,000.

-- a set of four oil paintings created for a carnival side show displaying the mummified remains of a man claimed to be Booth, for $30,000.

-- a letter signed by Mary Todd Lincoln on her personal mourning stationary, for $10,625.