A Deep Ellum mainstay that's been a popular part of Dallas nightlife for nearly 30 years has closed down for good.

DALLAS - A Deep Ellum mainstay that's been a popular part of Dallas nightlife for nearly 30 years has closed down for good.

Lizard Lounge has been shuttered for weeks due to the pandemic. Now, the party's over. The owner says he does not think there will be concerts in 2020, meaning he would be out almost a quarter of a million dollars if he did not close.

In Deep Ellum, Lizard Lounge has always been loud since it opened as a rock venue in 1991.

The music changed with the times. Now in 2020, owner Don Nedler says he wasn’t going out without a bang.

“We created epic experiences for people. People met their wives here. They met their husbands here. People who they made families with. There were a lot of memories people shared with me and how grateful they were,” he said. “It was more than just a dopey night club. It was a place that really made a difference in a lot of people’s lives.”

Lizard Lounge is the latest economic casualty of COVID-19.

Nedler’s staff of 20 came out Monday to mourn and start dismantling the stage. He says his rent hasn’t been raised in more than 10 years, even during a period of rapid growth in the area. But the overhead is still high.

“We operate on razor-thin margins,” he said. “We do this because we love it, not because we make so much money.” 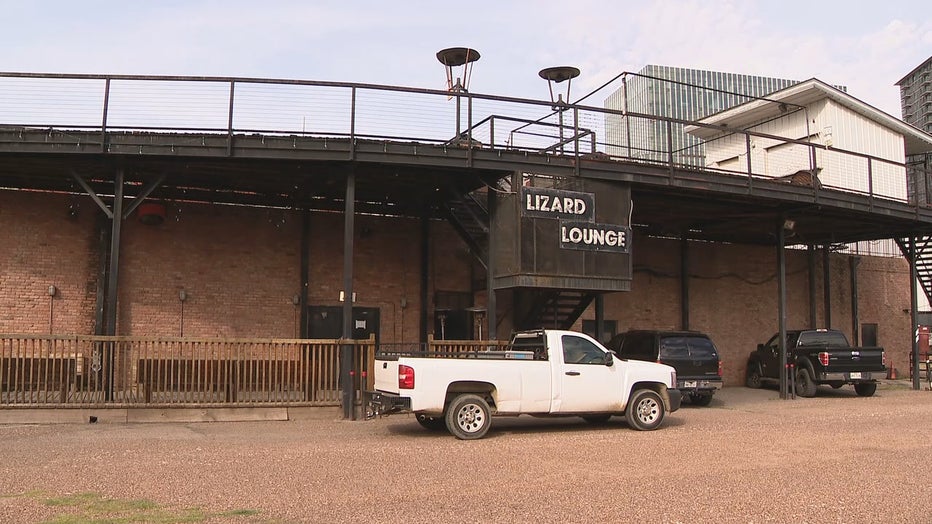 Rent, utilities, insurance and healthcare add up to almost $30,000 a month.

“Every month you have to look into the crystal ball and ask yourself the question, ‘Are we going to be able to open this month?’” Nedler said.

Among the musicians who played there are Moby, The Prodigy and Barenaked Ladies to intimate crowds of 300 or as many as 2,000.

Nedler thinks there may be a future for Lizard Lounge, but it won’t be at its current location. And it definitely won’t be in 2020. And he knows he’s not the only one forced to close down.

“I know that several places in Deep Ellum have shut down, and they’ve just moved out,” he said.

Nedler also owns another small club in East Dallas called It'll Do. He's keeping that spot, although, it's still not open because bills for that space are much more manageable.