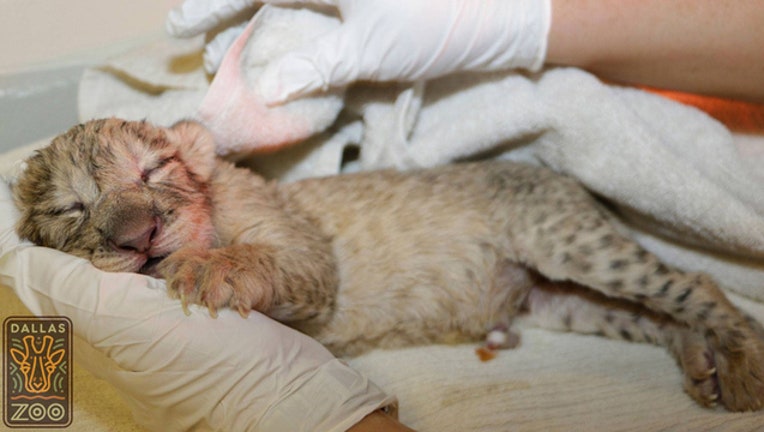 A new baby lion cub has been born at the Dallas Zoo.

Bahati, meaning “lucky one” in Swahili, was born on March 17. The female cub is the first born at the Dallas Zoo in more than 40 years. The cub’s birth was publicly announced on Wednesday.

The zoo said Bahati’s birth is notable because her mother had previously delivered stillborn lion cubs. Veterinarians at the zoo became involved during this pregnancy to help ensure a different outcome.

Bahati will remain “behind the scenes” at the zoo for a few months before going into the lion habitat, the zoo said.