An early voting location in Denton County reopened Friday morning after being sanitized because a worker tested positive for COVID-19.

LEWISVILLE, Texas - Workers are back at a polling place in Denton County that had to be closed Thursday due to the coronavirus.

City of Lewisville employees stood outside sharing the same message after the Denton County elections administration said a poll worker there tested positive for COVID-19 on Wednesday. The city said its employees assumed that role because the poll workers were sent home.

Cleaning crews were brought in to sanitize the rooms and equipment after the location closed at 1 p.m. Thursday. 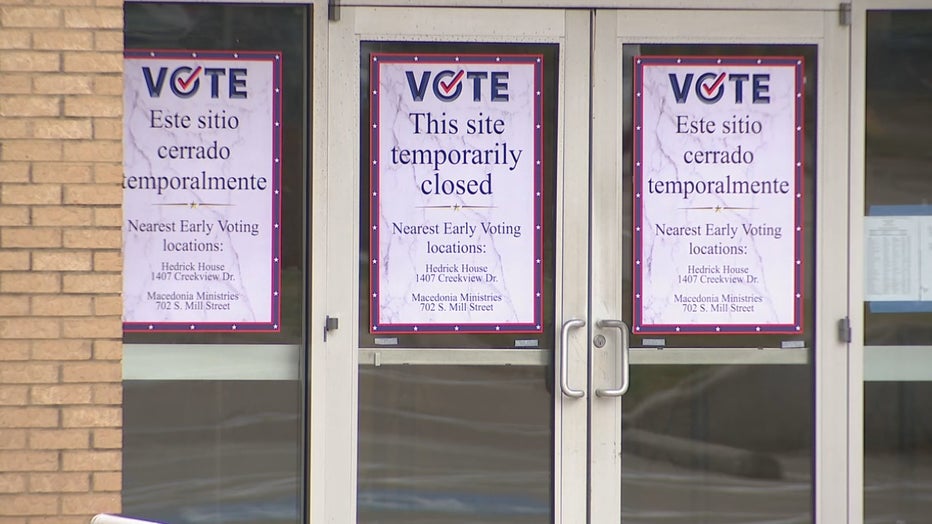 The department would not say why the location was still open Thursday and not shut down sooner since the worker tested positive on Wednesday.

Other poll staff members were wearing PPE and contact tracing is now underway. All of the poll workers who were at the location will no longer work this election season, the department said.

The Herring Rec Center reopened Friday morning with normal hours and quite a bit of activity. One voter said she was determined to cast her ballot.

Also in the city of Denton, the North Branch Library is remaining open as an early voting site. But the library itself is closed until Oct. 30 because an employee there tested positive for COVID-19.

The library operations and the polling site are in different parts of the building so the decision was made to continue with early voting.