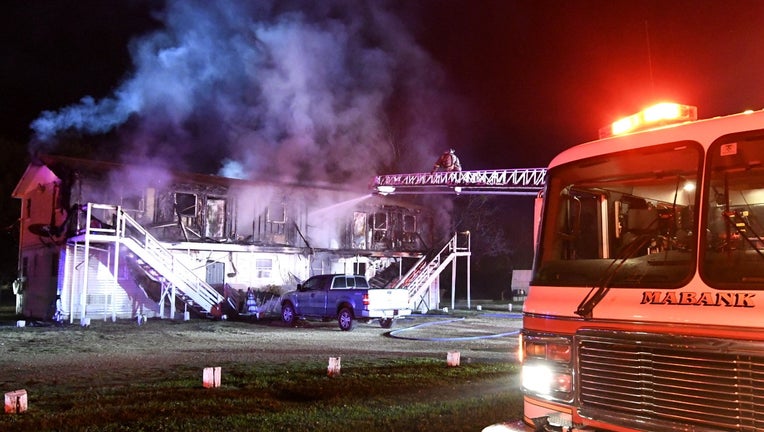 KEMP, Texas - About a dozen people were left without a home on Thanksgiving after a fire swept through a Kaufman County apartment building.

The fire happened around 4 a.m. in rural Kaufman County just outside of Kemp near the 7400 block of County Road 4044.

Firefighters from Kemp and Mabank responded to the 911 calls about the heavy fire from the two-story building.

Firefighters brought the fire under control in about an hour, but the building was heavily damaged.

The manager who lives off the property says he was awakened by a resident banging on his door. He opened the door to see heavy fire and called 911.

The Red Cross is helping the displaced residents.

The Kaufman County Fire Marshall's Office is investigating the cause of the fire.