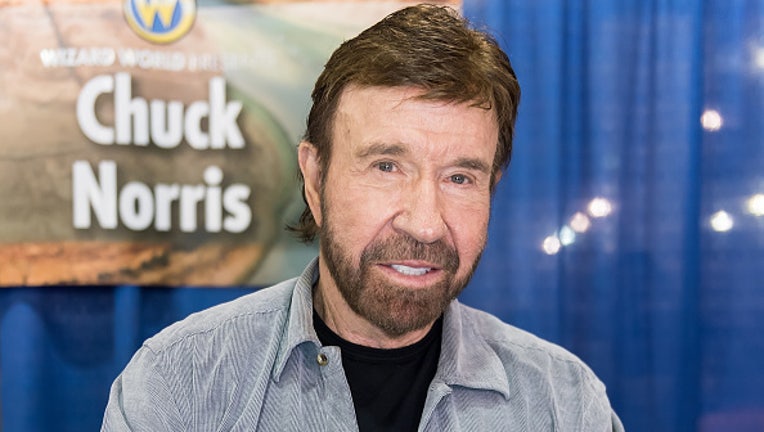 LOS ANGELES - A judge ordered Chuck Norris to arbitrate his allegations that CBS Broadcasting Inc. and Sony Pictures cheated him out of at least $30 million in "Walker, Texas Ranger" profits, denying the actor's request for a jury trial.

Los Angeles Superior Court Judge David Sotelo heard arguments from attorneys Sept. 30 and took the case under submission, saying he wanted to study the issues further. He handed down a final ruling later in the day.

The 79-year-old Norris, through his company Top Kick Productions, sued CBS and Sony Pictures in January 2018, alleging the companies are engaging in self-dealing and are not paying his share of streaming revenue. The suit alleges CBS agreed to give him 23 percent of the profits from the series, which aired on CBS from 1993 through 2001.

"Chuck Norris' life, image and brand are among the most positive and patriotic in the United States.  Put bluntly, the public loves Chuck Norris, because there are few men left who honor country and family and served others and whose public values and ethics match the actual life that one has chosen to live."

Norris' attorney, Scott Street, told Sotelo that in their own court papers that CBS attorneys did not check boxes to say they were seeking to arbitrate the claims. Instead, they said they were requesting a jury trial, Street said.

However, CBS attorney John Gatti told the judge that the parties agreed in 1999 that all audit disputes would be subject to arbitration.

Lawyers for Sony filed court papers stating that Norris should also be ordered to arbitrate his claims with Sony or, in the alternative, that the allegations against Sony be stayed and not tried until the completion of arbitration of Norris's dispute with CBS. The judge initially said he was inclined to grant Norris a trial of his claims against Sony, but changed his mind when making his final ruling.

"Since the claims are so intertwined, (fairness) allows Sony to compel arbitration," Sotelo wrote in his ruling.

Street had said he preferred that the judge hear a Norris motion Nov. 4 that seeks to disqualify Gatti and his firm, Manatt, Phelps & Phillips, from the litigation for having represented Top Kick a decade ago in litigation against CBS while working for another firm, Greenburg, Traurig LLP. But Sotelo ruled that the arbitrator should hear the motion.