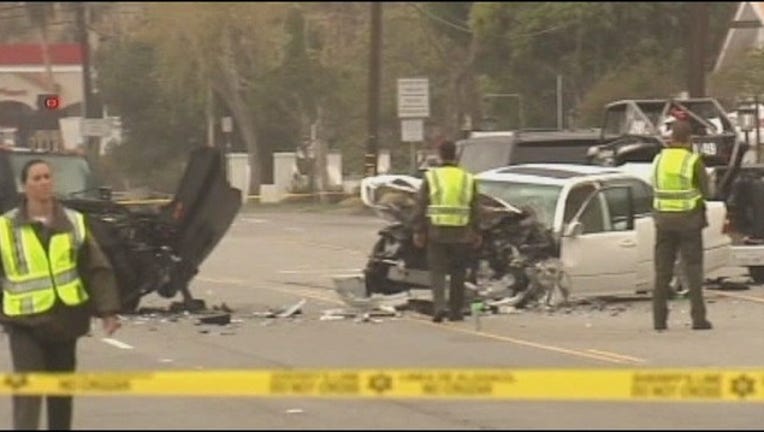 Bruce Jenner is offering condolences to the family of a woman killed in a multivehicle crash that he was involved in, and says he'll cooperate with investigators in every possible way.

The Olympic gold medalist and Kardashian family patriarch said Sunday that he was praying for all those who were involved or injured in what he called "a terrible tragedy."

Authorities said Jenner was driving an SUV on Saturday that rear-ended a Lexus sedan that had just struck the back of a Toyota Prius. The Lexus veered into oncoming traffic and collided head-on with a black Hummer.

The driver of the Lexus was killed.

The moment of impact was captured by celebrity photographers, but authorities said there was no indication Jenner was being chased by paparazzi at the time of the crash.