Jacksboro ISD students return to class one week after tornado

There were lots of hugs and smiles on the faces of Jacksboro students as they returned to class for the first time since an EF-3 tornado blew through their town.

JACKSBORO, Texas - There were lots of hugs and smiles on the faces of Jacksboro students as they returned to class for the first time since an EF-3 tornado blew through their town.

The high school, elementary school and dozens of homes and buildings were badly damaged, if not destroyed, by the storm.

Jacksboro ISD is still recovering from the tornado that left behind a trail of destruction at two school campuses last Monday, March 21. 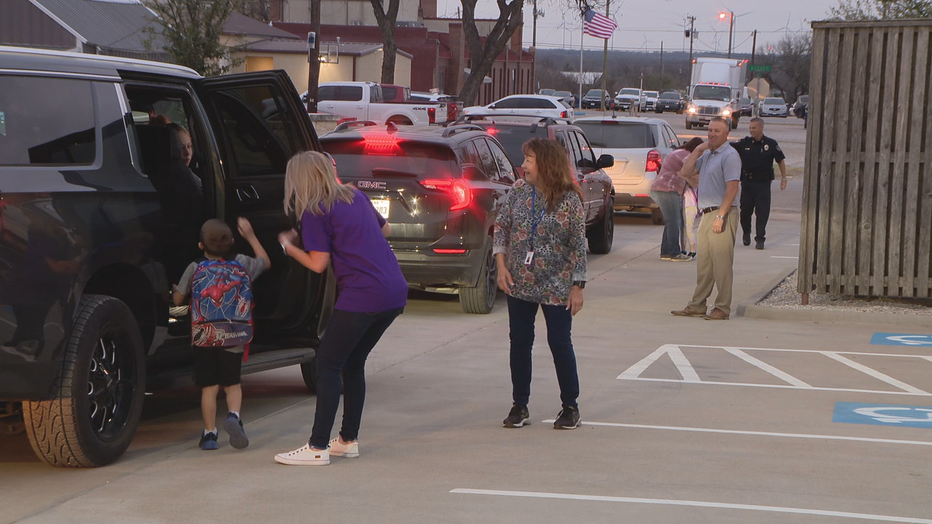 "We’ve got so many people helping from out front, the bus line, the car line," said Asst. Principal Julie Seibold. "We have so many adults ready to live on kids and guide them where they need to go. It is a village. All hands on deck, and it’s a beautiful thing to witness."

Surveillance video shows the elementary campus principal running down the hallway as the lights go out, barely making it to safety before walls start to collapse.

Stacy Williams had just arrived to pick up her third-grade daughter.

"I was one of the parents in the pickup line. So I had just parked my car, and the sirens started going off," she recalled. "I looked up and saw Mr. Qualls rushing parents into the building. As soon as we got in the building, we literally saw the gym come down. Today’s the first day seeing him, so it’s kind of emotional." 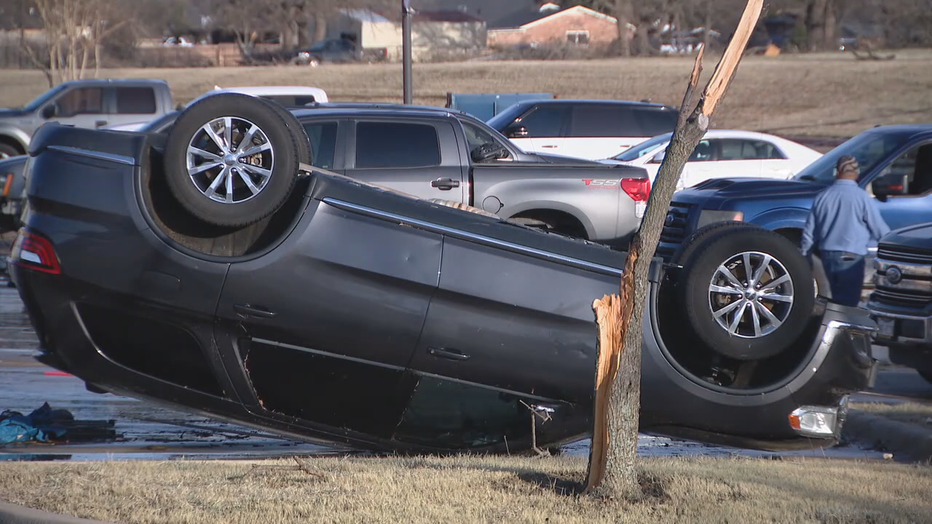 "Environment-wise, the high school kids had the least amount of disruption as far as their classroom," said Wes Pierce with the Texas Education Agency. "The gym area has been destroyed and they have to work around that, but resiliency they’re just glad to be in a routine today."

Kindergarten through third-grade students should return to their campus in roughly two weeks. Their classroom wing is expected to be repaired by then. 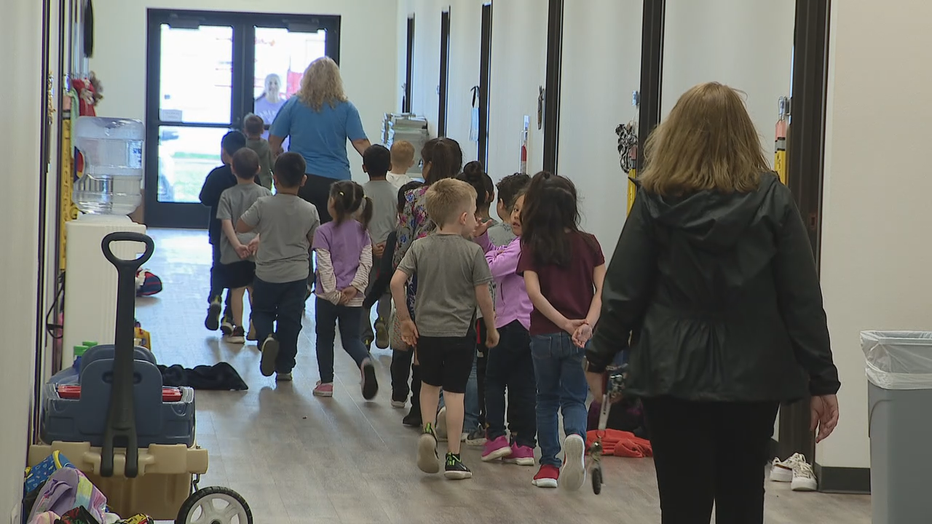 Fourth and fifth graders will likely finish the school year at the middle school campus.