Debris rains down on Farmington, Maine after propane explosion

The building had been evacuated after the smell of gas was detected, officials said.

FARMINGTON, Maine - A powerful propane explosion leveled new construction that houses a nonprofit after crews arrived to investigate the smell of gas Monday morning, killing one firefighter and injuring at least six others, officials said.

The building had been evacuated after the gas was detected, said Farmington Town Selectman Scott Landry. One firefighter was killed, and six others were taken to hospitals, he said.

The conditions of the injured firefighters weren't immediately known.

The building housing LEAP Inc., which serves people with cognitive and intellectual disabilities, had recently opened, Landry said. A hole is all that is left.

The blast around 8:30 a.m. was heard for miles and had enough force to blow a vehicle across an intersection. Paper, insulation and building debris rained on the area. Several nearby businesses have closed. 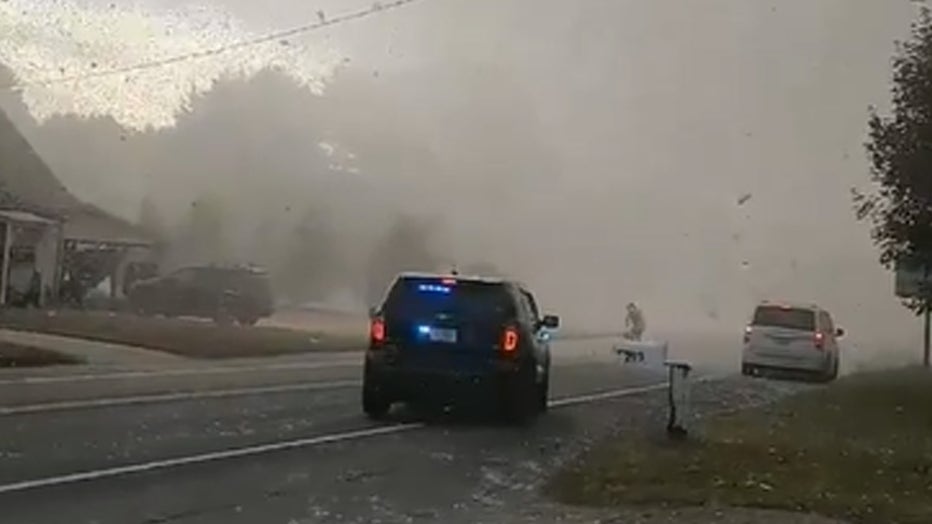 Video posted on social media shows the smoke and debris filling the scene in the aftermath of the explosion. (Photo credit: Screenshot / JenayD via Storyful)

Kim Hilton, who works in the admissions department at the nearby University of Maine at Farmington, said there were scary moments when the blast occurred.

"It felt like someone hit our building with a vehicle," she said.

Gov. Janet Mills said on Twitter that she was monitoring the situation and that the State Fire Marshal's Office will investigate.

"Our hearts go out to all those impacted by this tragedy, especially to the loved ones of the firefighter lost and others injured," she wrote.

The 40-by-60-foot , two-story building, which served as the administrative offices for LEAP, opened eight to 10 weeks ago and wasn't yet fully staffed, Landry said.

The smell of gas was detected and the building evacuated before most workers had arrived for the day, he said.

Farmington is about 70 miles north of Portland.