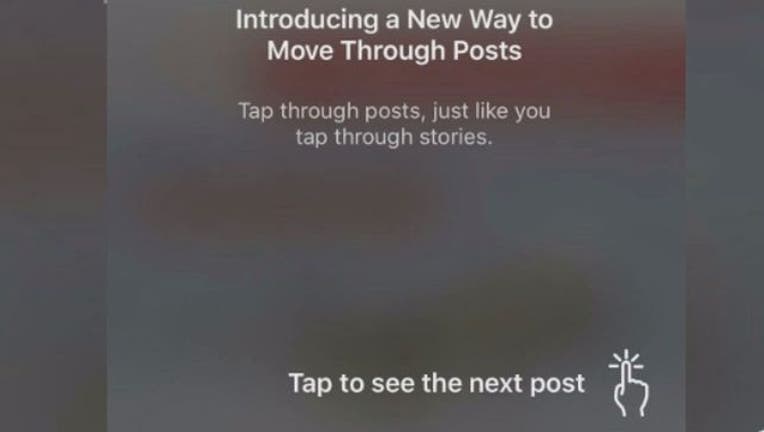 (FOX 5 DC) - The head of Instagram issued an apology on Thursday after a tech glitch resulted in a horizontal-scrolling feature.

Instagrammers thought they were saying good-bye to the traditional way of scrolling after the platform introduced a "tap to see the next post" feature. For a few brief moments the update, which mirrored the Stories experience within the Explore section, ensued panic and rage. Rather than scrolling through ones feed, users were left tapping on the far right end of a post to get to the next.

Naturally, people quickly took to Twitter to vent about the unwanted change.

"What is this sorcery on @instagram ? Tapping through posts no more scrolling. Leave it for 5 seconds and come back and now I have to tap to see my feed.  #instagram"

"Well the end of 2018 could be the end of #Instagram because that new update is awful. No scrolling? More ads? Tap to see the next post? Terrible ideas all around."

But after an outrage of tweets poured in, Adam Mosseri, head of Instagram, tweeted the following:

"Just a test that went to a few orders of magnitude more people than intended... sorry about that."