In the complaint, the wall of shame inside a cabinet door detailed patients' sexual activity, genital dysfunction, bowel movements, bodily odors and more — cut and arranged in a collage.

LEWISTON, Maine - Employees at a hospital in Maine made a “wall of shame” displaying confidential medical records of patients with disabilities, according to an investigation by the Maine Human Rights Commission.

The investigation began from a complaint filed by former employee Mykala McCann to the commission about her time working at St. Mary's Regional Medical Center in Lewiston, located about 45 miles north of Portland.

In the complaint, McCann said she saw the wall of shame inside a cabinet door on her first day of work at the hospital in June 2015, detailing patients' sexual activity, genital dysfunction, bowel movements, bodily odors and more — cut and arranged in a collage.

Being a new employee, McCann did not immediately report the “wall of shame” out of fear of being targeted by coworkers, according to MHRC’s investigation. 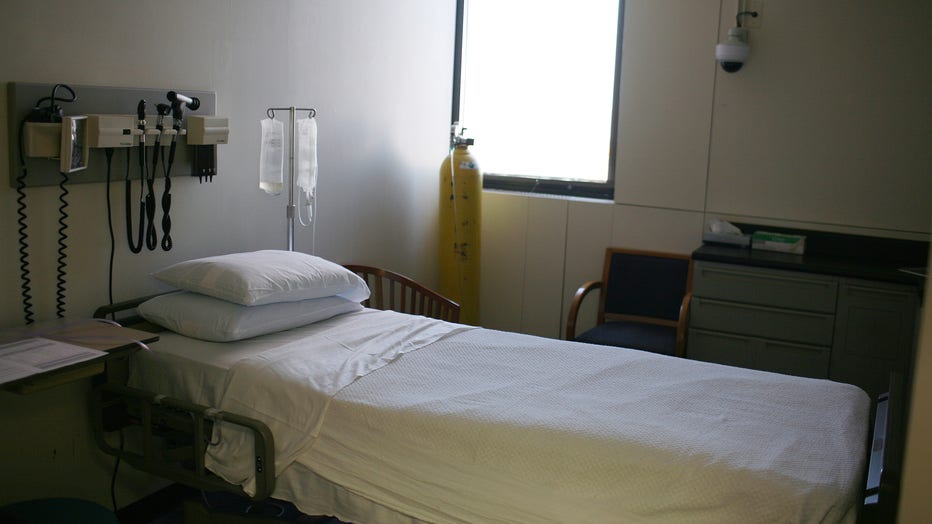 An empty hospital bed is shown in a file photo taken on October 2, 2016 in New York City. (Photo by Andrew Lichtenstein/Corbis via Getty Images)

McCann was treated for a disability at St. Mary’s prior to her employment as a laboratory technician assistant, according to the commission’s report. When coworkers began to make comments that seemed to reference her undisclosed disabilities, McCann suspected they had accessed her medical records and told a supervisor around September 2016, the report states. She also reported the wall of shame.

The supervisor agreed to investigate McCann’s claims, calling it a “complicated process” requiring involvement of the hospital’s information technology department, according to the report.

By November 2016, the unnamed supervisor updated McCann on the investigation and said there was an indication that coworkers had indeed accessed her electronic medical records. When McCann asked for a list of names, the supervisor declined to provide them given the ongoing investigation.

In December, McCann had not heard back from the supervisor and emailed the hospital’s director of human resources alleging that coworkers had gone into her private records and had been mocking her.

Later that month, the hospital fired one coworker and issued a warning to a second employee who had accessed her records, according to the MHRC report.

There was also a discrepancy on when the hospital removed the wall of shame, the report states — with “credible evidence” that it stayed up until at least late December.

McCann submitted her resignation in Jan. 2017, claiming a “hostile work environment” and “HIPPA violations.” She later submitted a complaint with the human rights commission, a state agency that investigates complaints of discrimination under the Maine Human Rights Act.

The investigation found the wall of shame contributed to a hostile work environment, but it did not find that the hospital retaliated against her for raising her concerns.

Covenant Health and St. Mary’s Health System, the parent companies of the Lewiston hospital, did not immediately return a request for comment.

A statement provided to Bangor Daily News said the companies “deeply regret” the situation and that it “does not tolerate or condone discrimination or harassment of any kind.”

“[W]e sincerely apologize for the impact this situation has had on Ms. McCann,” Stephen Grubbs, president and CEO of Covenant Health, and Steven Jorgenson, president of St. Mary’s Health System, said in a written statement in part.