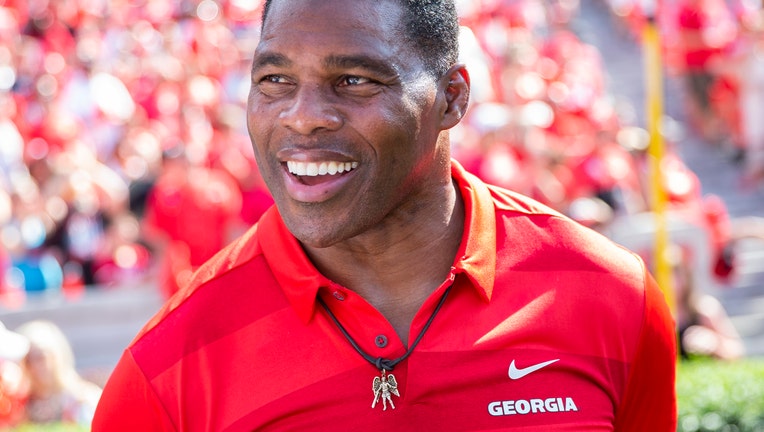 Georgia alum Herschel Walker on the sidelines during a game between Murray State Racers and University of Georgia Bulldogs at Sanford Stadium on September 7, 2019 in Athens, Georgia. (Photo by Steve Limentani/ISI Photos/Getty Images).

ATLANTA - Georgia Bulldogs football legend Herschel Walker is weighing in on the "defund the police" movement. The Heisman Trophy winner is offering to work with airlines to send people who want to defund the police to countries without formal law enforcement.

The two-time NFL Pro Bowler and Georgia native took to Twitter to give his thoughts on the calls to eliminate police departments across the country following recent events.

“I have an idea… For all these people who don’t want any police, I’d love to meet with American Airlines, Delta, and Southwest and make a deal to fly them to countries that don’t have police. I want them to be happy!”

This past weekend, Walker also said he would step up to serve as a black leader to help members of Congress find unified solutions to the country's current problems.

“We’re civilized people. Why can’t true congressmen/women and senators get together with leaders from all ethnic groups, both left and right, to find solutions... unless certain people in Washington don’t want to see a change. I’m volunteering myself as one of the black leaders.”

Walker was appointed Co-Chair of the President's Council on Sports, Fitness, and Nutrition in 2019 by President Donald Trump.

FOX News contributed to this article