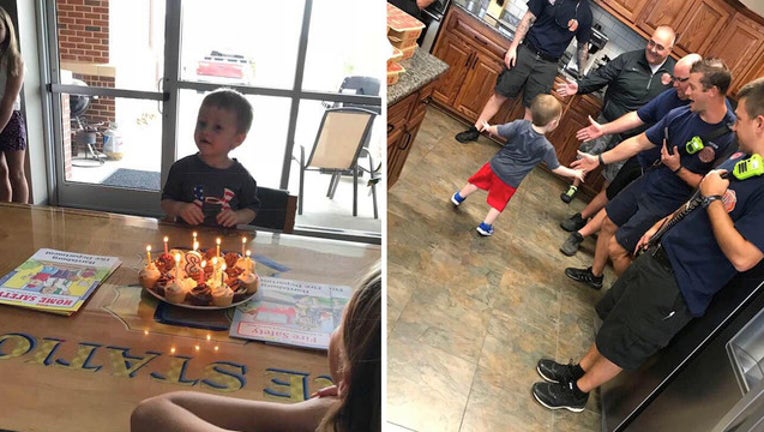 Firefighters in Harrisburg got together to make a 3-year-old boy's birthday one he won't soon forget after all but one of his gusts had canceled on him for his party this weekend.

According to the Harrisburg Fire Department, they received a call from a local mother asking if she could bring her son Jackson to the fire station to look at the fire trucks.

"This is not an odd request for us at all but then the mother explained that today was this young man‘s third birthday, and this morning all but one of his birthday guests had canceled on him and he was devastated," Harrisburg Fire wrote on their Facebook page. "Well, the guys at the station weren't going to let him not have a birthday party."

Firefighters quickly ran to the store to get birthday balloons and cupcakes. All three crews gathered at station 3 to await the little boy's arrival.

"The birthday boy was pretty surprised to have nearly 15 Harrisburg members waiting to celebrate his birthday. He got a tour of the station and of the rig, and to top it off we all sang him happy birthday and watched him blow out his candles," Harrisburg Fire wrote.