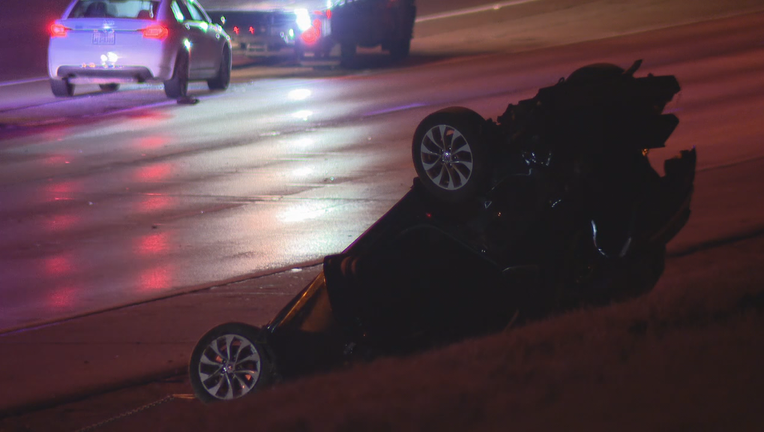 DALLAS - A Good Samaritan was fatally struck by a vehicle overnight Friday after he assisted other people who were involved in a rollover crash.

Dallas police said there was a single-vehicle rollover crash.

The Good Samaritan, identified as 35-year-old Marquis D. Anderson, stopped and got out of his vehicle to help, and as he was returning to his vehicle, he was struck while crossing the roadway by a 23-year-old woman driving a black SRX Cadillac SUV.

After being struck, Anderson was taken to a local hospital, where he was later pronounced dead.

Police said there have been no charges filed at this time.