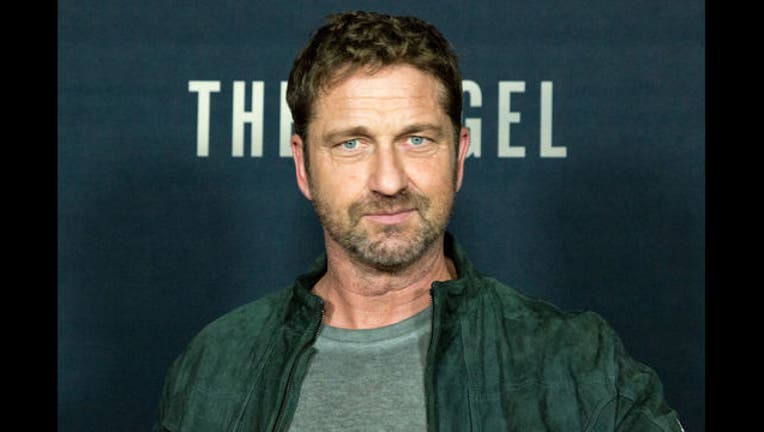 LOS ANGELES (AP) - Celebrities whose coastal homes have been damaged or destroyed in a Southern California wildfire or were forced to flee from the flames expressed sympathy and solidarity with less-famous people hurt worse by the state's deadly blazes, and gave their gratitude to firefighters who kept them safe.

"Returned to my house in Malibu after evacuating," Gerard Butler wrote in an Instagram post next to a photo that showed a burned-out structure and a badly scorched vehicle. "Heartbreaking time across California. Inspired as ever by the courage, spirit and sacrifice of firefighters."

"Half-gone" the "300" actor grumbled in his Scottish accent in a video that shows embers, ashes and what's left of his home.

Robin Thicke's Malibu home burned down entirely, according to his representative.

The 41-year-old singer said on Instagram that he, his girlfriend and his two kids are "safe and surrounded by friends and family" and were thankful to firefighters.

"As we drove to safety, they risked their lives trying to save our home," Thicke said.

Camille Grammer Meyer of "The Real Housewives of Beverly Hills" also lost her Malibu home on Saturday night, her publicist, Howard Bragman, said in an email to The Associated Press.

"Sadly my house couldn't be saved," Meyer, the ex-wife of actor Kelsey Grammer, wrote in an Instagram post that showed a huge house engulfed in flames.

Caitlyn Jenner was among the fortunate ones, learning Sunday that her house was spared.

"Yay, our house made it!" Jenner said in an Instagram video then showed the bare, blackened landscape surrounding the house.

"It was devastating out here in Malibu," Jenner said. The hills are just totally scorched. Fried to say the least....we're very, very lucky."

Many others including Orlando Bloom, Alyssa Milano, Lady Gaga, "The Office" actor Rainn Wilson and fashion designer Donna Karan were among evacuees. Some knew their homes were safe (for now) and waited for a chance to return. Others were in the dark, posting pictures of plumes of smoke and saying their houses were somewhere in there.

"Stay safe, California - and keep those prayers coming America," Wilson said on his Twitter account, where over the weekend he was sharing photos of some of the more than 100 people missing in the huge wildfire in Northern California that has killed at least 23.

Milano said her house is "still in jeopardy" as strong winds kicked up again Sunday.

Southern California's wildfire has killed two and destroyed at least 177 homes. The blaze started Thursday night and pushed toward Malibu and the Pacific Ocean, prompting evacuations in Malibu, Calabasas, Agoura Hills and other nearby areas.

Paramount Ranch's "Western Town," a landmark film location dating back to 1927 that included a jail, hotel and saloon, burned to the ground. The TV series "Westworld" is among the many productions that have filmed at the ranch in the mountains west of Los Angeles.

"LA is a pretty great place but if fires are all we have to deal with, you know, we're lucky," ''Rules of Engagement" actor Oliver Hudson told the AP at a charity event in Culver City. "There's a lot of people in the world who are dealing with a lot more."

Actress Julie Bowen of "Modern Family" said everyone affected by the flames is deserving of sympathy.

"I think there are lots and lots of people who think of Malibu as just being a celebrity second-home culture," Bowen said at the Culver City event, "but there are people who is this is their first, last and only homes are there and going all up and down those canyons and they're not necessarily, 'who cares they're rich and glamorous they can afford to lose a home'. This is life and death and it's really tragic."